We’ve rounded up a quick review of the most recent news on Apple’s leading line of smartphones. Here is what you need to know to keep you up to date on all the recent updates in the rapidly moving world of iPhone technology. 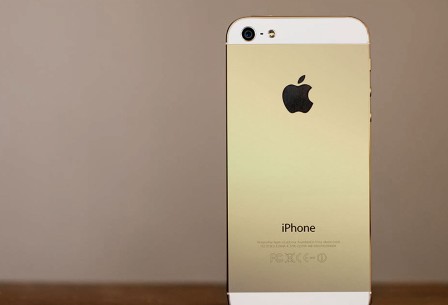 Look out everyone, there’s a new iPhone in town. Well, two new iPhones to be exact. The sleek 5S just joined the ranks with the already popular 5C, and the two appear to be battling for first place.

“For every iPhone 5C activation in the US, there are 1.9 iPHone 5S activations,” reports CNet.com. Globally, the gap is bigger at 2.3 5S activations for every one 5C. Although the 5S sells twice as often as the 5C, this is a drop from last week when the 5S was out pacing at triple the rate of sales that the 5C had.

When Will the 6 Come Out?

Analysts believe that the iPhone will be released in late 2014, roughly one year after the 5S. But some hope for an earlier release date. Peter Misek, an analyst for Jefferies, predicts a June 2014 release date.

Other tech enthusiasts cling to the hope that with the iPhone 6 will come the advent of wireless charging technology. Reportedly, Apple has already “filed a patent for efficient wireless charging,” writes Tech Radar.com. However, they also point out that “Apple has filed patents for pretty much anything imaginable.”

Though some call it a shame to cover the sleek architecture of the naked phone, you can truly improve the length and quality of your phone’s life with the right iPhone 5 cases. The elongated look of the iPhone 5 models has led to new case creations from a number of companies.

Today, a high-end case can provide protection against water, dirt, and most drops. This delivers an amazing potential for peace of mind. With spill proof protection, you can use your iPhone freely and not worry that you are by the lake or that your two-year-old is drinking juice.

LinkedIn to Your Email

Made especially for Apple users, LinkedIn just announced its new Intro which syncs with the iPhone Mail app. This mobile update helps users by displaying basic “profile information, such as picture, employer and job title, at the top of emails received from that person,” explains Telegraph.co.uk.

This will serve to help users distinguish between spam and real people who contact them. The widget is designed to expand when clicked on to provide additional information. Rahul Vohra, chief executive of Rapportive, notes that Intro will provide a better way “to put faces to names, establish rapport, write and most effective emails—and ultimately—be brilliant with people and better at what you do.”

5 Things to Know Before Going Wireless

US Unleashing the Wireless Broadband Revolution