From a market acceptance standpoint, 2013 may well have been a watershed year for the cloud computing industry. After years of struggling with misperceptions about the security, reliability, complexity and economic viability of cloud services, enterprises of all sizes finally appeared ready to embrace the cloud in greater numbers than before. Cloud adoption statistics from firms such as Gartner and North Bridge Venture Partners showed a steep increase in the number of firms moving to the cloud compared to previous years. According to North Bridge, 75 percent of the companies said they used at least some form of cloud technology, and it’s poised to become a standard for the IT industry.

Several factors and innovations appear to have driven cloud adoption this past year. For the first time, business units emerged as the primary drivers of cloud adoption within enterprises rather than IT organizations. Companies moved more applications that advance business priorities to the cloud than applications that support IT objectives. In a growing number of companies, non-IT executives led the charge to the cloud, not IT managers. The trend highlighted the increased comfort levels with cloud solutions within many organizations.

Growing enterprise interest in big data applications and the proliferation of mobile applications and mobile devices also contributed to cloud growth in a big way this past year. Companies looking for more horsepower and storage to crunch big data or deliver mobile services to their workforce tapped cloud providers in growing numbers. Similarly, the consumerization of IT and the increasing adoption of BYOD policies in enterprises also contributed to cloud adoption. The deployment of 3G and 4G networks, the growing ubiquity of smartphones and the increasing integration of computer technology in home appliances, cars and other consumer products all drove increased interest in the cloud. 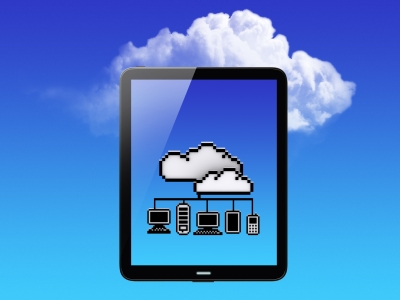 Analysts and IT managers expect many of the same trends to persist in 2014. A majority of the respondents in the North Bridge survey cited mobile applications, big data analytics, customer relationship management and backup applications as some of the biggest drivers for cloud adoption. The ease of use and the relatively lower costs of applications such as cloud storage and cloud databases will drive a lot of the adoption going forward, especially among companies looking for disposable applications. Importantly, analysts expect a lot of companies to tap cloud infrastructures to try out new and innovative applications and services. The scalability and plug-and-play interoperability of cloud environments has made it relatively easy for companies to develop and test new applications and processes in the cloud. Going into 2014 and beyond, a lot more companies are expected to move to the cloud for such reasons.

Companies moving to the cloud in larger numbers also means that spending will increase in a major way. The current predictions for 2014 are forecasting that the spending on cloud computing may reach over $100 billion. Many companies are betting that the increased investment in cloud technologies will help them save on IT costs in the long term.

Beyond the obvious cost benefits, IT executives also point to a slew of other benefits as reasons for moving to the cloud. More than half the respondents in a CDW survey released in February of 2013 cited increased efficiencies as one of the primary benefits of investing in cloud architectures. About 50 percent pointed to improved employee mobility, while about one in three respondents said the cloud would improve their ability to innovate.

Interestingly, 2013 marked a year in which some familiar misconceptions about cloud computing all but vanished from the picture. Security concerns, for instance, are no longer seen as a major roadblock to cloud adoption, and neither are scalability and performance concerns. Indeed, for a large number of enterprises, 2013 may have well been a year in which they finally overcame their hesitation to join the cloud bandwagon.

How Do Wireless Networks Work?

What To Expect From iPad Mini 2

Get Rid of Network Wiring Completely

What is Multicast Wireless?