Cost. Price. Expense. Synonyms which are probably the most thought about and weigh heavily across all decisions made by everyone. Common people, governments, businesses. Cost is more often than not the deal maker or the deal breaker.

And everyday, everyone is trying to make the value of these words as small as possible. But, sometimes in a bid to do so, people make the wrong decisions while also failing in their original quest. If you are a B2C company and thinking of engaging with your customers, you would need an identity management tool. But once you have decided you need to deploy such a software, your marketing team will lean towards a Customer Identity Management (cIAM) platform. but someone will give you the idea that you can build such a tool at half the cost in-house and would give you more excitement. Like a house party! Which is cheaper than a party in some hotel. Everyone loves house parties. But we are here to tell you that a house party is not always the best if you think of the prior investment and the after effects. Let’s dive into the particulars here. 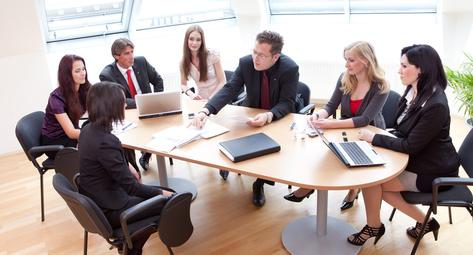 Consider a scenario where you setup a custom built in-house cIAM platform completely managed by your own team of engineers. So, the first thing you need is a team of experienced engineers to build the cIAM system. And hell, experienced engineers don’t come cheap. And you can’t fire them after you are done with them. That’s some cost there even if you pay each engineer, say something like, USD 78,000, which is the average. Okay, you throw the cash and get your team which is the best in town. Now, you need servers to keep your database management system. But servers don’t come cheap either. For a load of say 10 million customers, the server cost could be anywhere in the range of USD 7 to 8 million. Okay, now must be in re-think mode. But hey, there’s more. You got your men and you got your stuff. Now you start building. It might take anywhere between one to two years to completely write the code and complete the product. In that time, your customers would have gone to twenty of your competitors. And you would basically be two years behind your competitors in the race. But wait there’s even more. Once you setup the system, you need to maintain it, ensure it performs to your expectations and, if you are a marketing czar and got all your lost customers back and adding more, be ready to scale up. Obviously security is a big deal, you need experts for security auditing, penetration testing and so many more things. Say you got your system up and running after burning half your cash. You need to make sure your uptime is hovering around 100 percent. You go down 1 percent and you lose 87 precious hours in a year. Imagine how many customers you would lose in 87 hours.

That was tiresome. Now examine a SaaS cIAM platform that you can deploy in like a week. You don’t need a huge team of engineers. Just a bunch of developers who can use the cIAM platform dashboard. You don’t need to break your head over implementation, security certifications, auditing, testing, uptime, downtime, none of that. All you have to do is focus on your customers. The cIAM platform vendor will do the rest for you. And you know what the best part is? It would come at a much lesser price than if you had built it yourself. And minus all the hassle. And you save two years of your life and that of your business doing something productive.

But again, questions are still being asked if cIAM will replace enterprise IAM solutions. And so some developers get the idea they can convert existing enterprise IAM systems to consumer facing cIAM just by adding social login, password recovery, single sign on. But that’s an absurd idea because the two are architecturally, technologically and fundamentally so different. And it doesn’t make sense for a business to do so. Imagine, if cIAM wasn’t something businesses could make themselves, there would be no vendors. It’s time to think about the synonyms.

PLM Solutions For The Cloud