With the recent release of Microsoft’s newest operating system, Windows 8, it would be no surprise for all the newest gadgets to accommodate this new OS. In fact, there exist a number of future smart phones confirmed to use Windows 8 as its OS, as well as already released phones with the system, hoping to take the smartphone market by storm. Some of these notable phones include the 8X and 8S by HTC, the Samsung ATIV S, the ZTE Windows Phone 8, the Huawei Windows Phone 8, and the yet to be released Nokia Lumia 820 and 920. But the question remains: which is the best Windows Phone 8 smartphone to date? The answer to that question would be the HTC 8X. Why? Read on to know more. 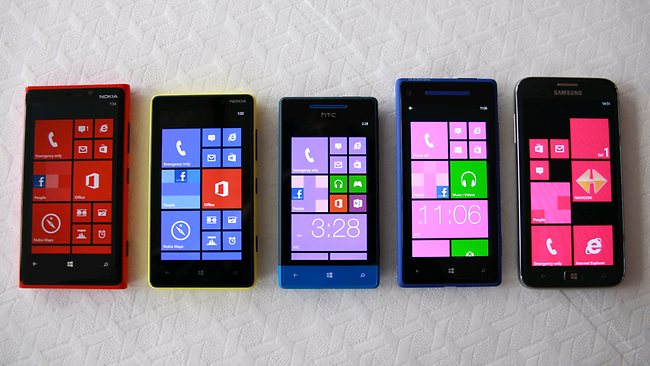 Released on November 2012, the HTC 8X is an impressive phone. Its overall body design is very nice; its polycarbonate back feels very comfortable on the hands, as well as the body itself being slimmer than most phones. The right side of the phone houses the sleep button, the volume rocker and camera button, which feel rather shallow. The microUSB port is on the bottom side, and the SIM port is on the other side of the top right corner. A speaker is located on the lower back of the phone, with rather impressive sound quality, being loud with a solid bass. Call quality is acceptable, basically allowing the user to clearly hear the other party at a basic level, and vice versa. The quality of its 8 megapixel camera is top-notch, capable of taking great shots even in areas with low lighting with its f2.0, 28mm lens and illuminated backside.

The 8X runs on a Qualcomm MSM8960 Snapdragon processor with a dual-core 1.5GHz Krait CPU and the Adreno 225 GPU. The OS itself is responsive and quick; with a very usable on-screen keyboard. Its only problem is the lack of available apps for the system. Even at the lowest settings, the quality of the screen is crisp and bright within the operating system, at least until you use a browser, which suddenly becomes less than adequate, showing somewhat blurry fonts and loading pages that are off-center. The battery life is disappointing, rating at 1800mAh with up to 11.3 hours of talk time and rating at around 5.3 hours of video viewing at medium brightness, and only 5.6 hours with low brightness. On the other hand, the phone does well in day-to-day use, lasting well into the evening before needing a charge.

Overall, the 8X is a good pick for Best Windows Phone 8 smartphone. The screen is bright and crisp, OS performance is very good, speaker produces good and loud sound, the camera has good quality and the phone itself is comfortable on the hands. Its problems, however, include an unimpressive battery life and buttons that feel shallow and unresponsive. Furthermore, despite its strengths and time after its release, it’s still relatively unknown to the market, which is a shame. Despite all this, the HTC 8X is more or less the best Windows 8 smartphone available.

Austin R. is an IT Professional from test4prep.com. He has passed N10-005 exam. Currently he preparing for VCP-410 exam. He likes to write about technology and social media.

New Jobs in the Tech Industry