In today’s military, technology is more important than ever. Whether developing the next generation of missiles, fighter jets, or spacecraft that will take mankind deep into the universe, sophisticated electrical components have been designed to increase the efficiency and capabilities of these machines. Some of the most important electrical and electronic components used in these and many other machines are transformers, which are used to transform electric power in one circuit to power of the same frequency in another circuit. They also assist with raising or lowering voltage in circuits, and are responsible for ensuring the voltage increases are proportional in the current ratings. 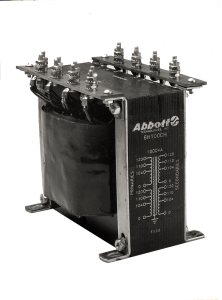 Because many transformers are used in high-altitude military operations, they are designed to withstand a variety of environmental conditions. Efficiency ranges generally vary from 86-96 percent, allowing them to be used in numerous applications. Encapsulated terminals, which are generally found on power transformers, allow them to withstand such conditions as high humidity, salt spray, sand, rain, extreme sunshine, and fungus. In addition, they can also withstand such forces as shock, vibration, explosion, and altitude. Known for their reliability and durability, power transformers have become widely used in military aircraft ranging from fighter jets to transport planes, and are also used in many of today’s most sophisticated rockets. As the military becomes more heavily involved in developing technology for the U.S. space program, these transformers are expected to play a significant role in helping astronauts go deeper and deeper into space.

No matter what applications transformers are used for in military operations, there are many things that must be taken into consideration. Because the two most common types of transformers used in today’s circuits are core-type and shell-type transformers, many times the decision as to which one to use is determined by the cost of each. This is due to the fact that similar results can be obtained with both types of transformers, which can make the decision difficult. Generally, military operations that involve high voltage use shell-type transformers due to their longer mean length. In addition to this, other criteria used to select the best transformer for the job include weight, insulation stress, heat distribution, and voltage rating.

As the U.S. military

continues to develop more and more sophisticated forms of technology to conduct high-altitude operations, transformers have continued to gain a greater importance in helping these applications become successful. Whether it is a fighter jet that is developed to fly longer at higher altitudes or rockets that will one day deliver supplies to astronauts deep in space, transformers will be used to make this and much more become reality.

How To Avoid Being Overcharged By Energy Supplier?