Soon after a new business has formed, it will require funding. If it doesn’t obtain capital, it will be difficult to grow. If you have recently or are about to form a new company, here are some of the many sources to consider in order to finance your ambitions.

One of the most important documents which a company has, a business plan maps out its goals. A business plan details a company’s services and how it intends to achieve the goals which are in it. Although a Sole Trader doesn’t have to create a business plan, a small or medium sized company should have one. 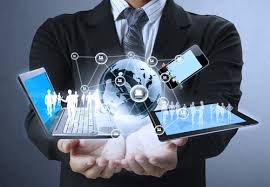 An overdraft is a source of financing which can provide more than enough capital. Hundreds of pounds can be obtained through an overdraft. On the other hand, thousands of pounds can be acquired through other overdrafts. If you want to choose an overdraft, you should arrange an appointment with someone who can give expert advice at the bank that you have an account with. A business plan normally has to be presented by a company when it applies for an overdraft. Although this is not standard practice, the person who authorises an overdraft will typically ask to see this document.

There are many grants which can be applied for by companies that fill a gap in the job market. Some areas of the UK have high unemployment levels and local councils often have grants to entice growth there. If your business will be hiring from the local area, a sizeable grant could be applied for. By researching whether such grants are available, you can then apply for them and get the cash injection which is needed for your business.

Soon after the company formation process, angel investors can assist because capital can be invested into it. If an angel investor sees huge potential in your company, such as the services it will provide, they could supply the money which you are asking for. An angel investor will ask to look at a business plan before a final decision is made.

The founders of Google financed their ambitions early on by maxing out their credit cards. As thousands of pounds can be obtained through a credit card, it is a great way to get capital when it is needed. However, a business owner must remember that the money which is borrowed from a credit card has to be repaid – it isn’t free. If a credit card bill is not paid on time, you will have to pay interest. When consecutive bills aren’t paid, your business can accrue significant debt soon after it has formed. If a credit card is used for obtaining capital, you should choose one which has a low APR. Therefore, even if you don’t pay a credit card bill on time, a large bill will be avoided.

So, when forming a company, why not consider this advice beforehand?

This more information on how to register a company, visit company formations 247 for support and guidance.

The Basics and Strategies for Becoming a Pilot.

Why it’s Time to Trade in Your Xbox