Nokia has been around since the birth of text messaging and smartphones. Even though other brands has been emerging in the scene, Nokia has stayed strong in the competition. Windows Phone has been the focus of Nokia lately, and on their third attempt to make the most of the operating system, Nokia Lumia 920 was born. Yes, it is not the latest release of the company but Lumia 920 has been the top selling smart phone so it pays to know what gadget enthusiasts rave and rant about the smartphone. 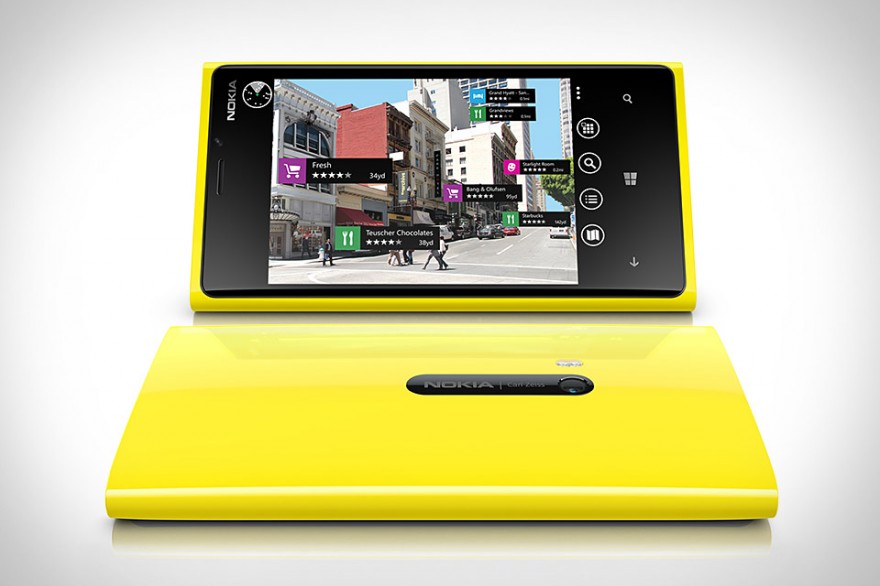 First thing that comes to mind: Brick. Nokia Lumia 920 is a big and heavy device. Contrary to the common perception about smart phones, it was designed to be hefty and weighs around 185 grams. For the size, the phone measures 10.7 mm in thickness. The screen size is 4.5 inches, relatively wide, which results to a outstanding height of more than 5.1 inches. This is great for users who demand bigger screens to read texts and view images.

The design of Lumia 920 is not quite interesting. Given that the previous Lumia versions had polycarbonate body, the body of 920 seems dull—nothing new. The front is made of Gorilla Glass to increase its resistance to scratches and has three capacitive buttons. Well at least, there is a wide range of brightly colored casing to choose from.

We can consider the camera as the flag carrier of Lumia 920. Having the other features of this phone being just a bit okay, the camera is quite impressive. Taking great shots in low-light is possible in Lumia 920—no need for a high powered flash or LED lamps when taking pictures. The 8 megapixel camera also allows its users to adjust the intensity of the flash. You have the option to have a bright flash when taking indoors or low flash on a bright day.However, the greatness of this camera cannot be extended to its video recording. The LED lamp can still help you capture great videos though.

The older version (Lumia 900) had an AMOLED Display. It was replaced by Nokia by IPS LCD Display for the 920. It has a “Clear Black display”, which is a layer of polarized glass that gives a deeper true black in the screen as well as reduced reflections. The screen has a 4.5 inch IPS LCD Display with 1280 x 768 resolution.

All in all, the battery life of Lumia 920 is longer (on the average) compared to other smart phones.The phone runs on a 2000 mAh battery, better compared to the X8’s 1800 mAh. This could be one of the reasons why Lumia 920 weighs heavy.  It will let you have a whole day of use without charging it in between. But of course, it would be better to turn off features that you do not use to extend its battery life.

Lumia 920 is powered by 1.5GhZ Qualcomm’s dual core S4 processor. Multi tasking would not be a problem in Lumia 920 since it has a Adreno  225 GPU and 2 GB RAM. This lets you run your favorite apps like Twitter and Facebook and also manage to check on your office tasks through Windows apps such as DropBox and the RingCentral phone service.

The Nokia Lumia 920 may not be as popularas the iPhone or the Galaxy series; however, for Windows and Nokia loyalists, it is the best in the market to date.

7 Reasons To Buy Properties In Mumbai

Which Is The Best Home Insulation: Cellulose, Fiberglass Or Spray Foam?