When was the first time you heard, “There’s an app for that.” Chances are you didn’t think about all the apps that would be available. Sure, you might have thought about an app that turns your phone into a flashlight or even an app gave you directions, but you probably didn’t consider games that would be incredibly interactive. Games that have the true ability to think about it’s next move. The time has come. You can now do so much more with your smartphones and tablets. Anki Drive proves that technology gets better and better each day. 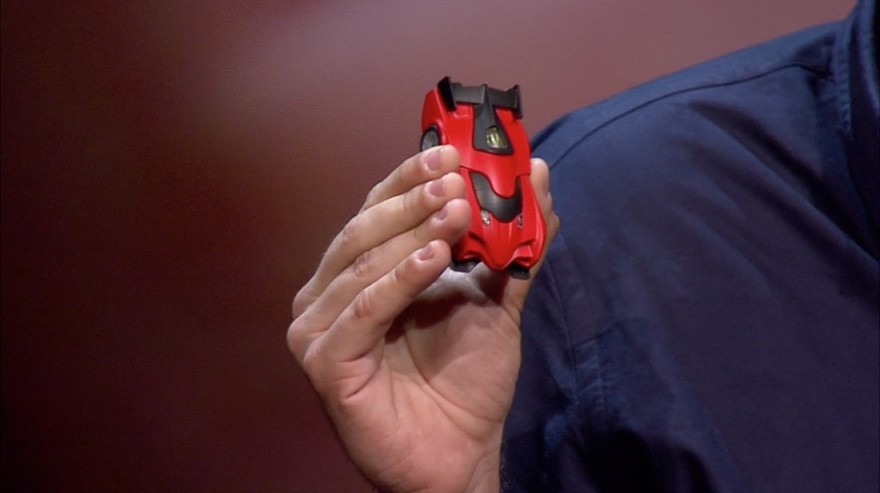 What Is Anki Drive?

According to the iTunes website, “Anki Drive is a new kind of entertainment: a video game brought to life in the real world. Each car will be equipped with sensors and intelligent software that can make thousands of decisions every second, controls that allow them to drive at high speeds and turn on a dime and a competitive streak that makes for a very challenging opponent. Anki Drive is engineered to think and designed to win.” The site goes on to state, “To play Anki Drive you’ll need an iPhone 4S, iPod touch (5th generation), iPad mini or iPad 3 — or newer. Be sure to upgrade today to make sure you don’t get left in the dust.”

Is It a New Concept?

Not entirely. There are a lot of games coming onto the market that have toys that interact with tablets. A couple examples are the Angry Birds Stars Wars II figures/app and the new Furby Boom with a tablet app. Before that there were the Skylanders figures that worked with Wii games and the latest in the world of console games is the Disney Infinity game that has interactive figures. Still, Anki Drive is new in that is has the ability to think, rather than act as an additional component of the game.

Where Can You Get Yours and When?

The iTunes app page for Anki Drive states that the mat and cars will be on the market shelves this fall. Other sources are stating that it could be as early as October. You can currently download a free app that tells you about the game, cars, and more.

Anki Drive is the beginning of something new that could lead to so many great technological advances. Not only in gaming, but giving apps the ability to think could be used in so many different ways. Keep your eyes peeled for this one because now there really is an app for almost anything you can imagine.

Amazing Dublin! 6 Most Interesting Sights To Impress Your Eyes