Flash memory is a high-powered alternative that can supplement or even replace your current Hard Disk Drive (HDD) system. It’s faster for data-crunching purposes; can save a lot of money on electricity vs. HDD; and have a more reliable, cooler-running system.

Inside this article, you’ll also learn ways to integrate flash memory into your current HDD system, and why specialized software is so important for this. 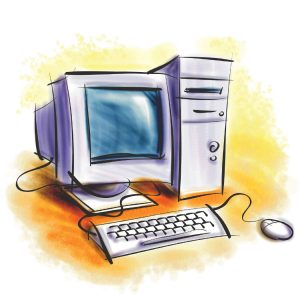 Why Flash Memory is Better than HDD

Flash memory is a much newer technology than HDD, and you’ll typically pay a lot more for the same amount of space. But the performance you’ll get out of it can make a lot more money for you in many cases, and you’ll also pay less in electricity and cooling costs.

Since flash doesn’t use moving parts like HDD (i.e. it’s a solid state drive), it doesn’t need as much electricity to function. The combination of lower electricity with no moving parts means that flash also generates a lot less heat. This can save you a small fortune on electric and other cooling-related costs.

In many cases, you can also make more money, more quickly. Flash memory can perform more than 30 times the operations per second (up to 2,500/sec!) than traditional HDD. This developers and data-crunchers who use flash technology can compile, crunch and launch in a matter of hours instead of days (or days instead of weeks).

Even if your business isn’t primarily data- or software-related, the ability to call up files more quickly and complete more operations per workday equates to increased productivity.

An integrated approach means that, with the right software, you can add flash memory to your regular hard disk drives and split duties between them. These duties are based on how important data is, i.e. how often it needs to be called up.

One of the biggest mistakes that people make is to use flash memory for specialized purposes, without using specialized software to go with it. Flash memory works differently than traditional HDD memory. To get optimum use out of it, your company should get software that manages the memory differently.The right software for flash will recognize and regulate these needs, storing data how and where it is most appropriate to do so.

You don’t even necessarily need a different interface for the user-end. But you’ll get more out of your flash memory (2-3 times as much) if your hardware layer of software–i.e. the software that interfaces directly with your physical memory devices –has been built specifically for flash memory.

This is something your IT department should be able to handle. Most users won’t have to worry about it, and won’t notice any difference in software until the file layer. But even if your file system never changes appearance to your users, you will need to change the way your file system accesses information between your HDD and flash drives.

In short, your file system needs to be able to decide for itself where to store which bits of information. You need to integrate a software that can figure out how to assign the data and then how to retrieve it. It also helps if your software can decide when the data storage type needs to be changed (typically for data that is not accessed as often as it used to be, or visa versa).

In short, integrating flash memory into your business is a huge beneficial step, but one that requires a lot more than a new hardware purchase. You can save a lot of money and build a substantial competitive edge by using it. Just make sure you do it intelligently, with the right software, and you’re sure to see the difference.

Choosing the Right Motherboard for you

Tips For Keeping Your Hardware Safe and Running Smoothly

5 Steps To A Successful Internet Business