The world never runs out of battles, competitions, and showdowns especially when it comes to electronic products. In the arena of smartphones, we have Android vs. iPhone; in the tablets division, we have Android tablets vs. iPads, and it never seems to end. Each day seems to be the beginning of a tech war and this year, it appears gaming consoles will be breathing down each other’s necks.

This year’s console war has another contender in the form of Ouya, a Boxer8 product which was launched on June 25 and was developed in collaboration with Yves Behar of the Jawbone tech firm. A day after its anticipated launch, Ouya consoles were already sold out in major online retailers like GameStop and Amazon. Its development was funded via Kickstarter with a goal of just US$ 950,000. 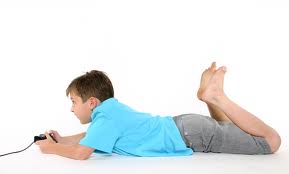 In the span of one month, Ouya was able to raise US$ 8.5 million, making it the second highest earning project in the crowd-funding company’s history. What made Ouya stand out among many start-up consoles are the new features it introduced—features you wouldn’t find on major consoles like the Xbox, PlayStation, or Wii. Among them are the TwitchTV application, the OnLive video game streaming service, and an exclusive version of the Android operating system. Users can also use all Ouya systems as development kits, which means that any Ouya owner can become developers without having to avail of licensing fees. Isn’t that great?

Pingo is OUYA’s Not So Secret Weapon

Hardcore gamers will never run out of games with Ouya as it carries more than 100 downloadable titles. Don’t be surprised if they will soon launch other types of apps like VoIP or chatting apps because Boxer8 seems to be on a roll these days. Among the most anticipated Ouya games is Pingo, a poker-puzzle hybrid used by the company in its pre-launch contest. The game was created by Eve Park, the same name behind 1-Pup Games. Pingo is a card-based puzzle game wherein players need to earn points by creating poker hands on a 5×5 grid. Park believes that with Pingo, Ouya will become a very attractive console for consumers, most especially for poker players. She said that the combination of luck and skill can keep gamers coming back. Pingo’s design was highly inspired by some of the most popular games today which include Plants vs. Zombies, Tetris, Zuma, Bejeweled and even Peggle. It also has the appeal of a modern casual puzzle game and can be played in one player and two player modes.

Boxer8 made the perfect decision in using Pingo to spread the word about their console. Different card games have become the most popular games today and anything that involves money has a great potential of drawing in more users. Poker games have been adapted by many if not all gaming consoles. It also helped that Facebook, the most influential social networking today, made some poker games readily available on their site for users to enjoy.

Other Consoles and Poker

Most consoles today have their own brand of poker games. Wii has Texas Hold’em, Playstation has Poker Night 2, Xbox has Full House Pro, and smartphones have almost all poker game portals. Upcoming gadgets also promote poker as one of their flagship games. In a deal with Sweetlabs, future Acer PCs will now come pre-loaded with Zynga games. Zynga is one of the biggest poker game providers in the gaming industry, most notably Zynga Poker. Ouya’s Pingo can pose a challenge to any of these games. Aside from the fact that it is different from traditional poker because of the incorporation of various game elements, Pingo is a solid meta game that boasts of social components and some tasty eye candy gamers will surely love. Ouya is now available worldwide on major online shopping stores for US$ 99.