Google security Glass is drawing attention from lawmakers and medical associations, concerned about the consequences of this portable technology regarding privacy and health. Users who participate in Project Glass paid not only the technical check. They will also understand the social impact and acceptance.

The California company, yesterday announced thetechnical specifications of Google Glass, which features a 720p resolution camera and a flash memory of 16 GB. The next feature available is the internet, but this raises questions about security, privacy and even health. 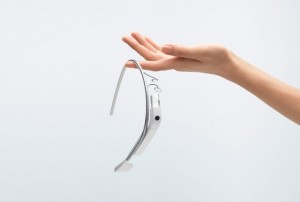 Other features include the ability to take pictures with his camera of 5 MP, WI-FI, Bluetooth connectivity and audio through the headset that incorporates in its mount. And best, it is estimated that the battery will last for several days on a single charge. Google already sent a first batch of this prototype to 8,000 developers and consumers, who paid $ 1500 for belonging to this select group.

With Glass can record everything you see, something others might see as an invasion of their privacy.Besides questions arise about the safety of Google Glass when activities such as driving or even walking, for the distraction that may pose the onscreen messages.

We are thinking very carefully about the design of Glass, because new technology always raises new issues. Our project Glass Explorer, reaches out to people from all walks, we will ensure that users become active participants in shaping this technology, and we are excited to hear your opinions. Google spokesman Jay Nancarrow.

Mike Santoro, President of Walker Sands Communications , is also one of the 8,000 participants in theproject and has expressed concern about privacy. Concern about the impact on privacy Glass is a reality and some bars and restaurants have already made ​​clear that prohibit their use to clients.

This is not the only portable communication device in development. Telepathy One, created by Takahito Iguchi, who came to the augmented reality application with Sekai Camera for smartphones, was announced in March during SXSW Interactive . It is scheduled to hit the market later this year and will see information such as email or social network updates in one virtual screen five inches.

The debate is that these optical devices can be a distraction to superimpose virtual images over reality, with the possibility of being involved in an accident. Using mobile phone while driving is as dangerous, but now we face even distract us as we walk. Imagine being across the street and distract you with a pop-up. With the emergence of these devices, it seems inevitable to reform the rules of the road.

Data collected by Glass are sent to Google servers, allowing the company to obtain information about users. United States has already ruled on the matter, holding that invades the privacy of users.

Furthermore, this product will have a great impact in the field of advertising, displaying custom ads based on all data collected.

There is no doubt that Google Glass, despite everything, will succeed. Even laboratories are known to be developing ways of introducing this technology in contact lenses. Maybe later, but as has always happened with new technologies coming to market, will inevitably these steps. First we fear, then you will find unladed to finally not live without it.

Author Bio: Ankur is the Digital Media strategist of SEO India Agency. He is also an active blogger and loves to share his experience and knowledge of the SEO India, Internet Marketing and reputation management.