The online world is a place of endless possibilities, and for people who were born and raised in a pre-internet age, it is perfectly understandable to be confused, terrified or more than a little envious. With search engines like Google and access to almost every news story, essay, TV, radio and film broadcast available at your fingertips, there is a never-ending source for information available on the web.

But with this great tool there lies a dark shadow in the form of abuse, profanity and inappropriate comments across almost every online channel. Facebook, Twitter, YouTube and web forums are all host to some horrendous online conduct, and there aren’t many areas that haven’t been subject to some kind of trolling, and often with tragic circumstances. 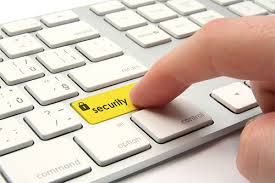 People are always going to argue, debate or disagree with you in all walks of life, and because we spend so much time in an online forum, these communications are often going to take place there. But how far is too far? And what can be done to prevent it?

Take for example the case of Madeline McCann, the British child who was abducted while on holiday with her parents in Portugal back in 2007. The BBC recently broadcast a Crimewatch special on the case – which was shown as an appeal for witnesses as there is now new evidence in the case – and before long, new story comment feeds and Twitter feeds were inundated with vicious attacks on Madeline’s parents, including likening them to the infamous Moors Murderers Myra Hindley and Ian Brady.

There have been teen suicides from cyberbullying – a form of online abuse that usually stems from Facebook, Twitter or other social media accounts – that have made the news, been discussed by politicians in parliament and been talked about on various TV and radio shows, but still these instances occur.

Calls for tighter restrictions and regulations on the likes of social media and YouTube have so far proven fruitless, although you can flag comments and report them on the majority of outlets. But that doesn’t solve the bigger problem, which is that people are somehow able to get away with saying what they like.

Freedom of speech is one thing, but abuse is something else entirely. If we took away anonymity from so many of these sites, maybe we would see a significant decrease in these comments. After all, how could you stand up and justify some of the horrific things that are said online, if they were in your name, with your face alongside it. Many wouldn’t, you would agree.

There are precautions that you can make on your home computer systems, which is where the majority of these attacks and comments are likely to be found. For example, you can install a profanity filter to your computer to stop your children and all computer users from having to read some of the more troubling aspects of the web, and video moderation applications can also prevent pornographic or sick imagery being uncovered on the web.

More and more corporations that deal with online users are trying to find ways to deal with this threat to children and people who are just sick of the vile behaviour of these twisted individuals. While we wait for these corporations to clearly control and regulate the web content that is posted on their sites, at least we have profanity filters and similar applications to help eradicate these postings so that these people finally get the message and fade from view.

Are You Safe From Hackers?

What Are Intrusion Detection Systems?