When a company’s website achieves rapid success, it can be both the best of times and the worst of times. Every business wants to see a substantial number of visitors on its site, yet if a company website uses a shared hosting plan when a boom hits, the increase in traffic can eat away at resources and slow load times. It can also potentially crash the site and turn a shared hosting plan into an obstacle to growth. 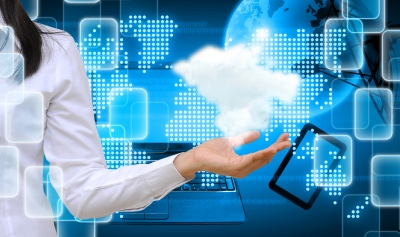 The Pros and Cons of VPS

Let’s take a look at the VPS advantages in more detail:

·         Lower cost: A dedicated server is pricey and since that server is allocated to only one company, that company carries the full brunt of the operational costs. Depending on the technical needs of a business, a dedicated server can cost hundreds of dollars more per month than a VPS server.

·         Security: Partitions on a shared server also keep data separated, which increases security. Companies can even install their own firewalls and antivirus applications on a VPS.

In order to present a complete picture, let’s delve into the downsides:

·         Software upgrades: One area of maintenance where VPS hosting companies can fail to keep up is in software and security upgrades. Lax upgrading may leave company data less protected.

·         Resource limitation: The dedicated resources provided by a VPS are also finite. Once a company reaches its allotted storage and bandwidth, it’s possible the company will experience some of the same issues it had with shared hosting. Although a dedicated server also has finite resources, the server is the limit, providing significantly more space for a company’s technological infrastructure to grow.

Weighing the Pros and Cons

The cons of VPS hosting can have a negative effect on a company’s data and online presence. Both limited resources and maintenance issues can cause a site to function less efficiently, while security issues can leave data vulnerable.

These issues with a VPS are simple for business owners to overcome, though. By taking control of server management, such as upgrades to the operating system and security applications, company leaders ensure the security and optimal operation of the server. By monitoring actual usage on the cloud server, business leaders can determine when a hosting upgrade is needed before issues arise due to limited resources.

Although large companies with a lot of data and complex websites generally need a dedicated server, as an e-commerce site would, most SMBs can get by and save money with a VPS hosting service. Just as companies would never spend money unnecessarily on desks or computers they don’t need, they shouldn’t spend money on virtual resources they don’t require. Choosing to use a VPS can enable efficiencies in both time and money, allowing a company to streamline its functions and focus on its business goals.

The Importance of Having APC UPS System

The Top Threat To Database Security

High Tech Data Center Power Demands Much from the Grid