Satellite navigation has had a massive impact on the lives of road users across the world. Any driver who had ever found themselves lost or struggled to avoid traffic incidents when in a hurry, will recognise the significance of this technology and its influence on the way we use the road.

When first introduced, satellite navigation systems were something of a luxury, which only a few could afford. Nowadays, the systems have been around for quite some time and have fallen dramatically in price, making them a common fixture on the dashboards of the UK.

Here, we take a look at how these systems have developed and what the next step might be.

On a long journey, a sat nav can be like an extra passenger. For this reason, it has become desirable for them to be as customisable as possible and owners can adjust the voices and the frequency with which they speak. Additionally, the information they display and the pictures they present can also be customised, so that drivers get the help they need on the road. 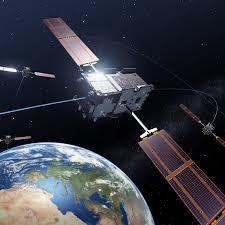 The sat nav has become so useful to us when we’re visiting new places, that it seems a shame to leave it in the car all the time. Newer models are being fitted with special pedestrian modes, which allow the devices to accompany us around the streets on foot and adapt directions to suit walking paths, rather than roads.

It’s not unusual when we’re travelling on the roads, for our route to change. When we’re travelling alone, it can be a pain to have to pull over and adjust the settings on the sat nav and for this reason the devices are beginning to feature voice recognition, allowing the driver to adjust the route safely without pulling over.

Sat nav manufacturers have been working on new ideas which can reduce the element of distraction from the product. For those who aren’t keen on the idea of a voice which hands out directions, there is the alternative of simply looking over at the sat nav screen.

The AT&T Labs Carnegie Mellon University is working on a steering wheel which can vibrate to offer the driver directions, so as not to distract him or her from the road ahead. A simple signal can indicate a left or right turn, with no need for the driver to take their eyes off the road.

Know Everything About Traditional Sauna Now Popular Across The World

Healthcare and Technology: Predictions for 2012