The world is full of wonderful man-made structures we all know about, yet for some reason Australia was blessed with a disproportionate amount of natural wonders compared to everywhere else. When something forms naturally over millions of years it’s much more exciting to experience, so we’ll look at a few Australian ones you must visit when you come over for a holiday. They’re spread out across the entire country, so you have no excuses for missing out on all of them. 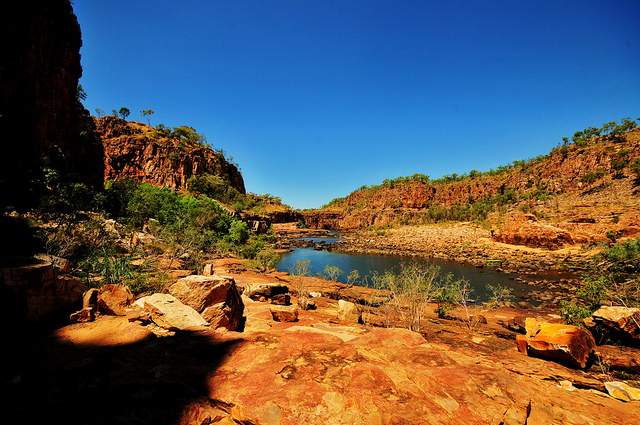 Don’t let the name confuse you, because Katherine Gorge is actually comprised of 13 different gorges. The landscape is divine, and if you want to take it all in the walking trails span over 60 miles. Situated in Nitmiluk National Park, it remains one of the most visited natural wonders in the Northern Territory.

A lot of people are surprised Australia is home to stunning rainforests, and up in the tropics of Queensland you’ll find the most impressive one. Daintree Rainforest literally falls straight into the sea, and another claim to fame is the fact some of the plant species are the oldest on the planet. You’ll find well over half of Australia’s butterfly species there too.

Kangaroo Island might give you a clue as to what you’ll find there when you visit, and it’s also home to lots of little penguins, wallabies, and koalas. Some people call the island their home, but nearly a quarter of it is filled with wild, protected national parks. In fact, an eighth of the island has never been cleared of vegetation you’ll get to explore.

If you go on one of the excellent Fraser Island tours, you’ll plant your feet on the largest sand island in existence. Even though its foundation is nothing but sand you’ll still see swamps, rainforests, and mangrove forests around every turn. As far as the wildlife is concerned, flying foxes, bats, crocodiles, and a very large abundance of dingoes rule the place.

25 million years ago the earth celebrated the birth of the Great Barrier Reef, and now it’s morphed into the largest living organism you’ll ever come across. There are hundreds of dive sites where you’ll get to witness more marine life than you could ever imagine, but it’s so large the reefs span a whopping 3,000 kilometers. It’s the ultimate natural wonder for anyone who loves diving.

Natural wonders usually only have a single claim to fame, but the Simpson Desert has two equally big ones. If you want to experience supreme sand dunes, the longest stretch of parallel ones can be found inside the desert. It’s also home to the Great Artesian Basin, and although it isn’t the largest drainage area you’ll find inland on earth, it’s near the top of the list.

The Alligator Rivers Region is made up of 4 huge river systems, and they can be found inside the Kakadu National Park. They’re surrounded by different types of landforms, plus all the strange and wonderful wildlife Australia is known for. The national park itself is close to half the size of Switzerland, so if you want to explore it properly expect to stay there for longer than a day. 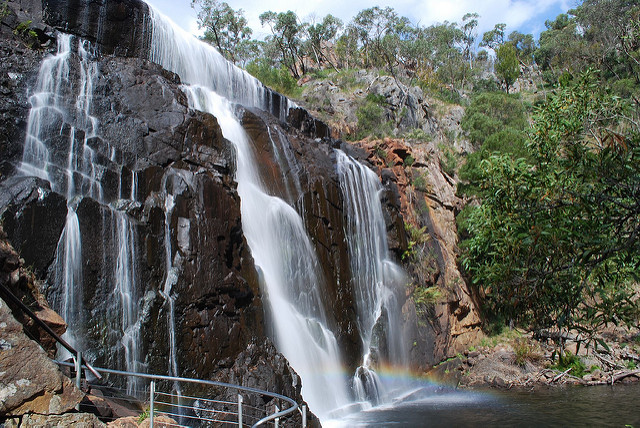 No matter what time of the year you visit MacKenzie Falls, the water falling into the gorge from a height of 30 metres never stops. It also produces a lovely rainbow mist as it interacts with the rays of sunshine beating down. You’ll find the large waterfall, as well as lots of kangaroos, just over 200 kilometres outside Melbourne, in the Grampians National Park.

At first you’ll be confused as to why strange limestone formations are protruding out of the ground like spikes, but once you remember you’re in Australia they’ll seem normal. On their birthday they’ll be around 30,000 years old, and they were formed when the ocean retreated and left seashell deposits. To reach them you only need to drive a few hours outside Perth. 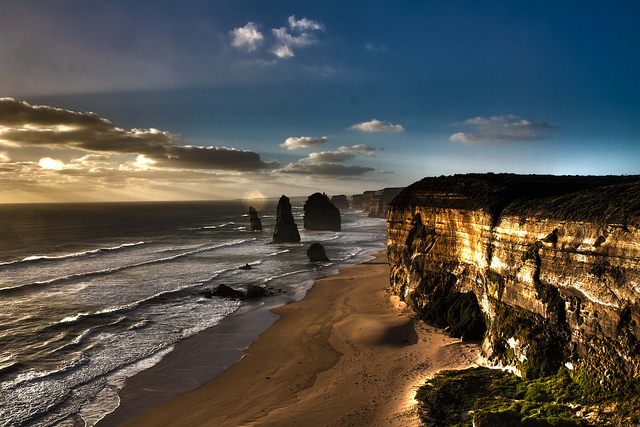 Standing to attention like soldiers along the Great Ocean Road, the Twelve Apostles were formed with the help of millions of years worth of corrosion and collapses. Despite the name there were only 9 breathtaking structures, and now only 8 remain. They drop a few centimetres every year, so you still have time to admire them before they’re gone forever.

You Can’t Compete With Them

Everyone reading this will live in a different part of the world, but can your country compete with any of these? Even if you have a couple of natural wonders you won’t be able to match the amount found in Australia, especially considering we’ve only talked about a few of them today. You should see all of them while you’re here, but at least pick a few off the list you don’t want to miss out on.

The Neglected Danger of Climate Changes for the World

Should You Buy, Lease Or Rent Construction Equipment?

5 Tips to Save the Battery Life of Your Gadgets