What is Celiac Disease?

For the estimated 3 million Americans suffering with celiac disease, staying away from foods that that contain gluten is vital to their well-being. Gluten is a type of protein that is mainly found in wheat, rye and barley, and when a person with celiac disease consumes it, damage is caused to the inside of the small intestine.

Many of the foods that people enjoy contain gluten, including pizza, most breads, pasta and even some candy. Celiac disease can lead to anemia, osteoporosis and increase your risk for developing lymphoma, and in children, it can decrease growth and weaken bones. Although it is sometimes difficult for doctors to diagnose, symptoms can include gas, bloating, weight loss, changes in bowel movements, weakness and feelings of being very tired.

Currently, there is no cure for celiac disease, but there has recently been encouraging news with regard to developing a vaccine for it. There has been a great deal of groundbreaking research on this issue in Australia, and recently, researchers at the University of Pittsburgh and the University of Chicago have gained progress with trying to develop a treatment by experimenting with mice. They have found that a virus tricks the immune system into thinking that gluten is harmful and needs to be attacked. While this virus is present in a lot of babies, not all develop celiac disease, so they are trying to figure out what factor determines who gets the disease and who does not. 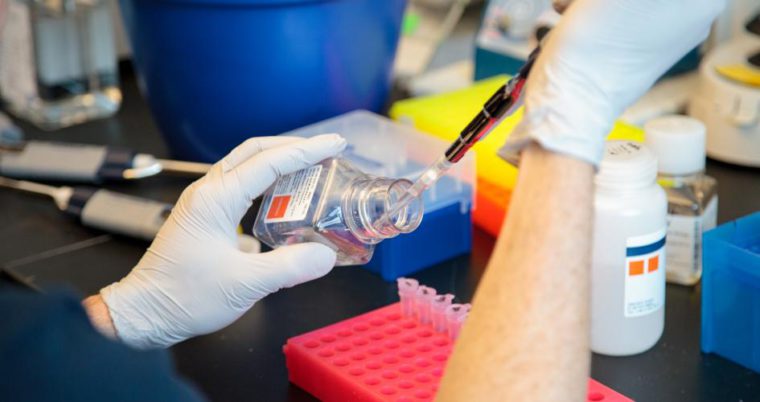 While researchers are still looking into the development of the disease, there is a biotechnology company in Massachusetts called ImmusanT that has already began developing a vaccine called Nexvax2. The company was created by a former pharmaceutical executive and a medical researcher, and the vaccine that they are developing is a form of immunotherapy that enlists the help of the body’s immune system to treat or even prevent the development of celiac disease.

The company is basing their work on a theory that giving a person a small amount of the vaccine, then gradually increasing dosage, will result in the body building resistance to gluten. Recent clinical trials involved subjects being given these gradually increasing amounts of the vaccine, and while no definitive results are available yet, a Phase 2 study has been approved that will increase the number of subjects.

The initial purpose of the vaccine would be to protect those with celiac disease in the event of gluten exposure, but the ultimate goal is for the vaccine to allow them to return to consuming food containing gluten.

NextVax2 has been given ‘fast track’ designation by the Food and Drug Administration because it is attempting to provide a vaccine for a disease that currently has no other comparable treatment. Those associated with NextVax2 are aware that if it works, it will completely revolutionize how celiac disease is treated, and they are working with a mission of making life normal for people who suffer from it.

While ImmunsanT in Massachusetts seems to be the leader in developing this vaccine, other companies such as Alba Therapeutics in Maryland and Alvine Pharmaceuticals in California are also trying to develop a vaccine. Those companies are working on a pill that celiac disease sufferers can take if they mistakenly consume gluten, and they have also been given permission to proceed to Phase 2 of clinical trials.

The medical community, pharmaceutical industry and those who suffer with celiac disease are very interested in this work. With all of the research and attention being devoted to a vaccine, many are quite hopeful that one will come in the very near future

Mark Sadaka from Vaccine Injury Help Center, the leading Vaccine Injury Attorney, has a national practice and works with clients from New York to Alaska.

The Top Holistic Clinics In Denver

Revealing The Facts Behind Myths About Swimming For Kids

What Happens If You Don’t Shampoo Every Day?