The theater was opened in 1899, the same year when the eye catching and innovative Eiffel Tower was constructed. When the theater was officially inaugurated on 6th October, it was established with an intention to home wild music and dance. Till date, Moulin Rouge clings to this intention and evokes the spirit of Belle Époque.

The theater was built by a Spanish entrepreneur, Joseph Oller, who later also opened the first music hall of Paris named Olympia. His partner, Charles Zidler, was appointed as the theater’s manager and together they created a place, where changing era Belle Époque was enjoyed by all.

Right from the very first performance, Moulin Rouge has hosted as well as created stars in the world of music, singing and dance. As the time passed, the theater gained more and more publicity on the basis of the personalities who performed there. Also, many of the performers found great fame on the stage of Moulin Rouge. 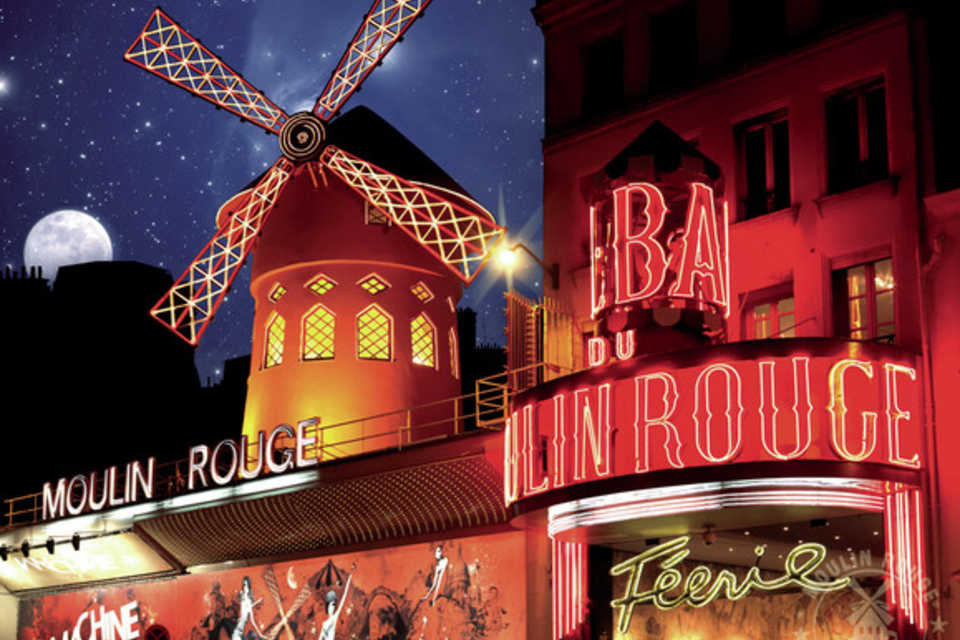 Most of the shows performed in Moulin Rouge are in French. However, it is not necessary that you have to know the language in order to understand and enjoy the show. Generally performances are based on singing and dancing and this means even if you don’t know the song, you can expect to enjoy the tune and dance.

The theater starts the business everyday between 7:00 PM to 1:00 AM. There are two shows organized every night, the first one at 9:00 PM and second at 11:00 PM. Guests can have dinner around 7 PM before the first show starts. As far as the dress code is concerned, you are expected to wear some smart apparel, and hence, you are not permitted to go to a luxurious and high class place like this in sportswear, shorts or t-shirts.

If you are visiting the theater with family, then keep in mind that kids under 6 are not allowed and the ones with less than 12 years are entitled to 50% discount. Whether the show is suitable for your kids or not is completely depended on you. Just for your knowledge, the show does have some mild nudity, but you can be rest assured that your older children will not be offended by it.

Thousands of Moulin Rouge Paris Tickets are sold every year and tourists belonging to different nationalities come to see the show. This again suggests that not speaking French doesn’t stop you from having a good time at the theater.

To enjoy your visit to one of the most amazing theater of the world better, it is advised that you book for the same a little in advance. Booking through Musement Paris is an ideal option, since they have all the necessary details concerning the location, timings and dress code of the theater. On top of everything, making bookings online will ensure you that you get to see the show you desire as well as exempt you from standing in long queues, which are obvious during peak seasons.

The Magical City Of Bangalore

by Charlie B
Newest Posts