Vadodara is a historic city in Gujarat that is quickly transforming into a modern commerce city. It is a significant part of Gujarat and home to some highly important monumental places. Visit the old yet modern city during the next vacation and pick from the best hotels in Vadodara.

Vadodara, also called as Baroda, is a highly illustrated city of Gujarat. Located in the middle of the National Highway as well as the railway line between Mumbai and Delhi, it a significant historic city that is on a rapid transformation to become a highly modernized city. The city is on the list of top ten fastest developing cities in the country and the third most populated and largest city of the state. The city is also the headquarter of Vadodara district and home to Maharaja Sayajirao University of Baroda, Lakshmi Vilas Palace, and the UNESCO World Heritage Site Pavagadh and Champaner.

As the city lies on the national highway and railway line that connect Mumbai with Delhi, it sees a large and continuous flow of visitors yearlong. Besides, the city is one of the handful of Indian cities to receive earliest railway lines. The Vadodara Railway Station is large and significant railhead in the Western Railway Main Line and has more than 150 trains passing through on daily basis. Trains are the most convenient and budget friendly way to access the city. Apart from that, a network of excellent motorable roads joins the city with all major cities in western India. The city also houses a modern airport served by frequent flights. It is one of the best airports in the state and remains highly occupied. There are some good hotels in Vadodara near the airport and the railway station. These hotels are ideal pick if one wants to relish the advantages of having a stay in an aptly located hotel. 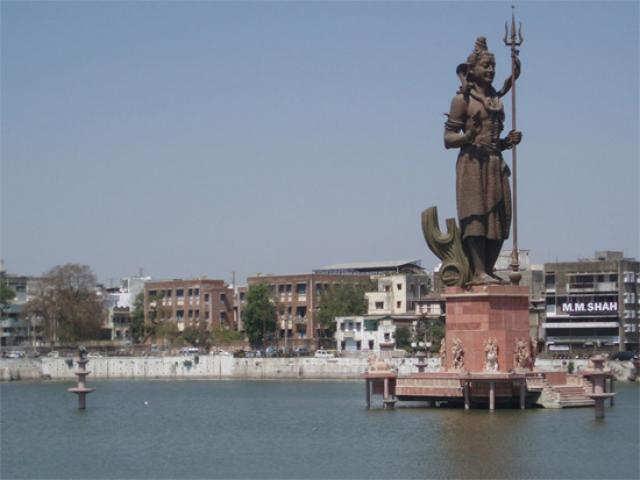 Recently the city has been generating lots of tourist interest, particularly amongst the culture enthusiasts and admirers of ancient Indian architecture style. Vadodara is one of the most popular tourist destinations in western and central India. Being an ancient city dating over 2000 years, historic structures and monumental places fill the place in bulk. The current name of the city is the distorted version of Vadpatra which has been derived from Viravati, meaning the “house of the brave”. During the medieval era, the city also became a major trading centre; it has been in international trade relations since 812 A.D. The old palaces, forts, temples, etc. are today included in every conventional, typical tour plans, but the good thing is that visiting them is simply worth.

Another highly popular attraction amongst the tourist is the Khanderao Market. Established over a century back, the old market is one of the prime attractions of the city. It is the venue of several cultural celebrations and depicts an excellent aspect of Vadodara’s culture. It is basically a building complex with large entry gates welcoming the passer-by, whereas on inside there is a lively colorful market selling interesting commodities.

The best time to go for a tour of the city is in winters. Summer here are quite hot and dry and are best avoided. A trip to the city is fun and relaxing given the one thing that there is no shortage of hotels and other lodgings. The cheap hotels in Vadodara are high on-demand as for a little price they offer satisfactory stay equipped with all necessary amenities.

Author Bio: Sandeep is an experienced travel consultant, who enjoys travelling and loves to write about the destinations he has been to and shares his experience. He also writes about travel tips, world’s best holiday destinations, best hotels in a destination, travel packages, and flight information.

Tips You Must Follow To Avoid Getting Injured During Fishing

6 Things To Do In Ahmedabad For An Extraordinary Experience!

Your Guide To Visiting The Museums In Paris

5 Reasons Why You Should Visit Trogir

Windows Dedicated Hosting US – The Convenience Of Exclusive Servers