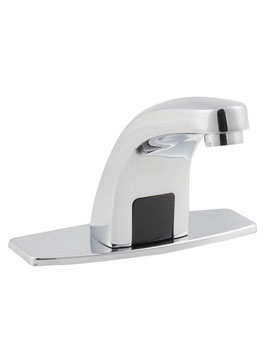 Water is a precious resource but sadly, we waste a lot of it in daily usage. A large part of this waste results from our inability to close the taps properly, setting the water flow too high or leaving the water running for too long. Gallons of water goes down the drain, unused, when we go through our daily rituals – morning shower, brushing teeth, washing faces – because we find it inconvenient to turn the taps on and off all the time. With the new developments in technology, this problem can be countered just by replacing regular faucets with motion sensor taps and showers.

The wonderful thing about motion sensor taps is the feature that defines them – they control the flow of water according to the motion of your hands. Every time you put your hands within the proximity of the motion sensor on the tap, it turns the flow on and when you retract your hands, the water stops flowing. So, now whether you are scrubbing your face, cleaning your teeth, shaving or just washing your hands, you do not need to turn the tap on or off. Not only is this a very convenient amenity, thanks to technology, this also helps save a lot of water that would otherwise have been wasted. Some more advanced taps also control the amount of flow of water, in addition to turning it on and off.

These faucets are also very helpful in a kid’s bathroom, because kids tend to get distracted too easily, and are therefore more prone to forget turning taps off or turning the flow too high. It also has a fun element for kids as they are always fascinated by things that happen automatically, so kids might be more amenable to the idea of brushing their teeth or washing their hands. Motion sensor taps ensure conservation of water. Also, motion sensor taps are believed to conserve as much as 30 to 50 percent of water. It is not only an environmental benefit, but financial too, as per the cost of water. Motion sensor taps and showers are a beneficial investment.

Aside from the conservation of water, motion sensor taps are also beneficial from a health perspective. Keeping in mind that bacteria spread through touch, every one washing their hands will be transferring their bacteria to the tap while simultaneously receiving bacteria already on the tap. So, people using the same taps will inevitably be susceptible to each other’s bacterial viruses, hence rendering washing hands useless. Unless people are ready to diligently disinfect the taps every time before washing hands or anything else, they should look into installing motion sensor taps. Not only do they help conserve water, they are also more hygienic, so they are both environment-friendly and good for prevention of diseases.

3 Things To Do When Taking Beach Vacation

What You Must Not Do After A Car Accident?

Vegetable Plants You Can Grow In Little Place Available At Home