But all this wasn’t achieved overnight. Numerous attempts and efforts by the government to lure students from all over the globe were made, taking the universities, the students and the citizens into partnership – all for making Australia the third most popular destination for foreign students today. So how did Australia really do it? Was it just the lucrative scholarships and a good career prospect that brought students here? Well, there was more to it.

The Girl from India

Manpreet Kaur, a student from India, was one amongst 29 other students to be selected as the Brisbane International Students Embassador by the then Lord Mayor of the city Campbell Newman in 2011. The effort was to include international students in Brisbane, who have had a successful and satisfying journey in the city, in the effort to increase awareness about the education industry of Brisbane in the world and to promote and attract more and more students to come to Brisbane for higher studies in contrast to Melborne and Sydney, which were the top choices for students back then.

These student ambassadors would talk about the varied universities, the state-of-the-art infrastructure, the safety norms, the career prospects and the overall friendliness of the city. 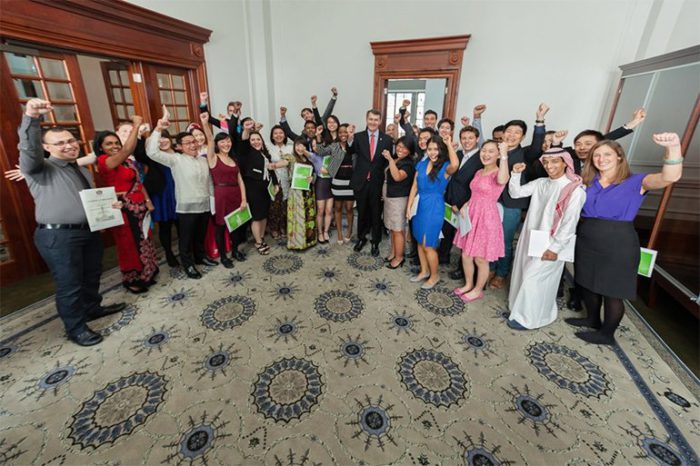 What did Manpreet do?

Manpreet Kaur shared her experience and excitement about this new role and how she thought Brisbane was the perfect location for a memorable journey to maturity. The proximity to the gold coast and the Sunshine Coast, the lovely warm weather, the friendliness of the city and top notch universities were all great luring factors for her to come to Brisbane, which she promoted to the world later on.

Manpreet says that the collective spirit of the international students in Brisbane, makes life much easier there and one would never feel out of place. The University education is relatively cheaper in Brisbane than in other cities and the cost of living is also affordable. Students can easily find part time jobs in Brisbane as it is a big business hub in Australia.

Talking about the problems that students might face in Brisbane, Manpreet mentions homesickness and lack of home food options. But that can be easily combated due to availability of all kinds of raw materials for you to cook and finding other students from your own country might help combat the homesickness as well.

Because of these problems students find lot of difficulty to manage time for their studies, thus these factors may lead to a student getting low grades in the university. As a city Brisbane is fun, entertaining and adventurous along with providing excellent work options and universities to the students, making it a strong competitor in the race to the top cities for international students in Australia.

The Brisbane Students Ambassador program is a great initiative by the city government, which helps promote Brisbane to the rest of the world. When students receive a pleasant experience, they become the best platform to promote it further on. When these students return to their homelands, they gain leadership and marketing traits which helps them gain strong global connections with and for Brisbane from their own country. This effort has surely been a success and with many more students like Manpreet, Brisbane has become one of the top choices for international students nowadays. Cheers to the efforts of Manpreet, this is how she promoted the city to the world!

This blog is written by Bella Williams , who is private tutor in Information Technology at ExpertAssignmentHelp and loves working with students to help them out with IT assignments and software packages for their capstone projects. She breathes and lives around international students and understands their problems. She also conducts educational tours for students during vacation.

What Are The Best Kitchen Worktops To Buy Today?

Tips & Tricks To Prepare For and Answer The KCET Exam Well

Are You Selling Property? Here Are Some Common Scams You Need To Be Aware Of

How To Download Aadhar Card By Name And DOB?