With the ever-evolving world of home hi-fi and audio-visual technology, it is no surprise that many people think that a lot of products that are sold to consumers are simply fads or marketing gimmicks designed to just make us part with our cash and not really end up with something that is worth the money we paid for. 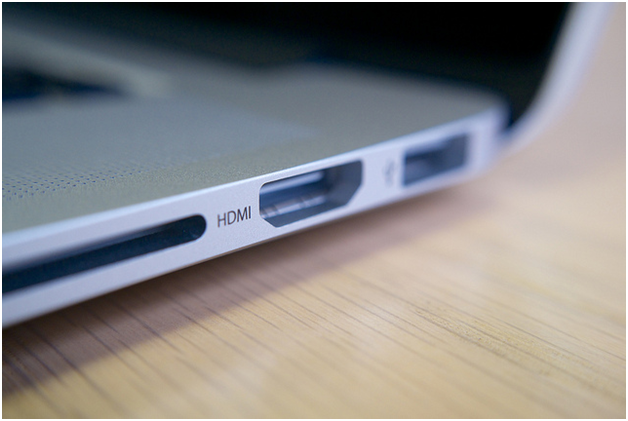 The Evolution of TVs and their Accessories

In the television world, for example, there are all sorts of technological developments like ultra HD televisions which include the latest buzzword, “4K”, devices the size of a packet of cigarettes which can turn any TV into a “smart” TV, you name it – someone’s probably thought about it and made it!

Even the way we connect our devices to our television sets has not escaped this technological evolution. I remember back in the day when I had a TV which had a coax cable connected to it, and at the other end was the roof-mounted aerial. My DVD player and VCR (yes I know – but I don’t have that any more so stop laughing!) were connected to the back of the TV using SCART cables.

Those days are long gone, whether we like it or not, and nowadays the preferred way to connect all manner of devices to our high-definition TVs is with the more aesthetically-pleasing HDMI cable. But some people who remain cynical about changes in audio-visual connectivity have to ask themselves – is HDMI the next best thing since sliced bread, or is it just a passing fad?

The importance of HDMI in Today’s Technology

HDMI, short for High-Definition Multimedia Interface, is actually a pretty good way of connecting a multitude of devices to an HD television. It is also proving to be really popular too, as many desktop computer and laptop manufacturers now manufacture their systems to include HDMI ports, as opposed to the older analogue VGA ports.

Even many smartphones and tablets have mini-HDMI ports on their devices, should you wish to connect them up to the big screen for checking out your photos and videos. Although Apple don’t natively incorporate the standard in most of their devices (they prefer to use their proprietary 30-pin dock, Lightning and Thunderbolt standards), they offer a number of adapters that enable you to convert pretty much all of their formats to HDMI.

Why HDMI is so much better than other Connectivity Standards

HDMI is a digital format which lets a device send uncompressed high-definition video, and compressed or uncompressed audio down the one cable. Version 1.4 of the HDMI standard even lets compatible devices get online as it offers a digital Ethernet channel, again in the same cable.

And for those who love to have the latest technology and gadgetry in their homes, version 2.0 of the HDMI standard even offers full support for ultra HD or 4K televisions!

I believe that HDMI is definitely here to stay (well – it has been around for more than 10 years!), and as the technology used in televisions evolves, so too will the HDMI standards.

DIY iPhone repairs can be risky