When compared to other furniture styles in Europe over the centuries, Gothic furniture design is undoubtedly one style that covers the longest period of time. Stretching from the 12th to the 15th century initially, the style continued to influence design and trends right through the 17th century and even had a renaissance during the 19th century with the Gothic revival. There are a few clear characteristics of furniture from, or inspired by, the Gothic period, and you can find clear examples of high quality Gothic-inspired furniture pieces to this day, designed to complement stunning architecture of all periods.

The furniture from the Gothic period is full of ornaments and contours, and was itself created as a way to display the same qualities of Gothic Art, which had begun to flourish in France in the early 12th century. At first the furniture was designed to be very simple, evolving over time to have a more architectural flavour and character. Decorations were originally painted directly on to the furniture, with carving and tracery coming later on as part of the design element of Gothic furniture.

Depending on the geographical location of a piece of Gothic furniture there is usually a different type of wood used in its construction, in much the same way you can see clear differences in Gothic architecture and the construction of buildings created in that style, depending on which country it is located. For instance, oak was mainly used for Gothic furniture in countries such as England and Germany, with chestnut used in France and walnut in Spain and Italy. 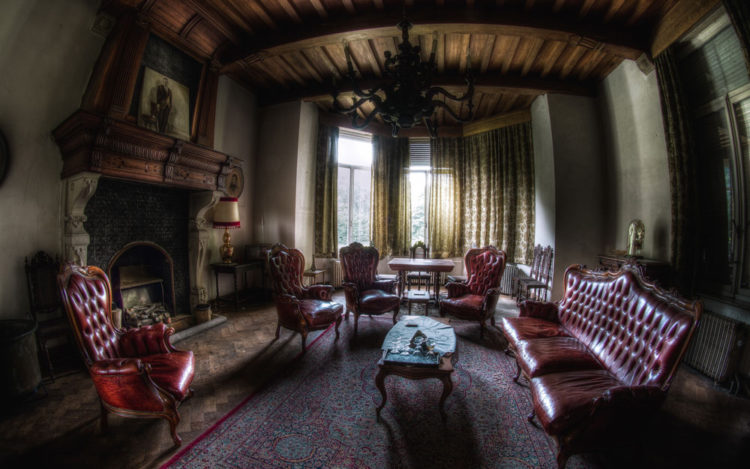 Chests and armoires were all the rage for purchasers of Gothic furniture in the early days. The only flourish that was added to the simplistic design was to have ornamental hinges, and the chests were used to travel with, not just merely pieces of art to be used as a still ornament. As time went by and the chests grew larger, heavier and more intricate in carved designs they became part of wider interior décor and aesthetics. The armoire as a result became the focal point of many domestic Gothic interior, a luxury piece for all classes.

Gothic chairs were much more of a stamp of authority and majesty, and were only ever used by masters of the house. There would only be one chair per room, for the lord to use, with benches and chests used to sit people of a lower rank. The design of Gothic chairs were rectangular or circular with low backs in the 12th century, but became heavier and larger as time went by, with 14th century chairs being built with canopies and looking of similar design to that of royal thrones.

It is in the bedroom perhaps, that we most associate Gothic furniture in the modern age. The beds evolved over time to be delicately and lavishly carved, with four posts and expensively embroidered fabrics and refined ornaments. Carved bed heads became more prominent later in the period, located higher than previously for all to see.

Enticing Ways Of Gifting Flowers To Your Valentine

No Touch ID, Will You Still Get New iPads Home?