Access to the internet in Afghanistan was once just a dream for the few who even knew what i was. That dream has become a reality for more and more individuals within the country. At present, communication is provided by a number of different companies, including Afghan Wireless. In 2006, the Ministry of Communications signed an agreement to establish a countrywide optical fiber cable network. By 2011, Afghanistan had approximately 17 million phone subscribers and over 1 million internet users. In 2014, Afghanistan leases a space satellite from Eutelsat to extend communication for the country. Service is primarily around the major cities, i.e. Kabul, Kandahar, Herat and Mazar-i-sharif. 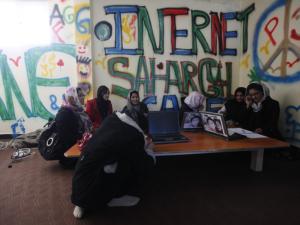 In an effort to add to Kabul’s city network, a local vendor has installed a new 100,000 line mobile switch. This new switch will dramatically extend the service footprint. When the new switch goes live in a few weeks, service will be extended to Jalabad. With this system upgrade, services such as international roaming will be available.

Expanded internet service will provide the Afghan people with access to a variety of educational, financial and medical services. Social media has played a large role in getting information about Afghanistan out to the world. With broader access, individuals can reach out to get news from around the globe and share information about conditions within Afghanistan.

With so much of Afghanistan covered by mountainous area, it is difficult to build a network using today’s fiber optics and terrestrial links. While many companies have used satellite links to remote locations, many customers have suffered with poor quality connections.

With customers expanding, business on phone recharging has grown as well. With the ability to recharge phones from anywhere in the world, economic opportunities have also become available. Expanded telecommunications service has brought greater stability to Afghanistan’s financial capacities. The service can now offer free incoming SMS text messages in Afghanistan and worldwide.

How to Design Your Web Site and Make It Accessible?

Responsive Web Designs are Not the Future