Colleges keep getting more and more competitive, and it is not necessarily the fault of the colleges. Colleges have been forced to make their standards higher with each passing class because students are becoming more qualified and more high school seniors are able to secure loans, grants and financing to afford an advanced degree. College has become more important to a person’s success than ever before, so the desire for a great college education has peaked as well. The value of a college degree has risen to the point where there’s almost no chance of getting career-level work without one. Even having an undergraduate degree from a middle tier college is far from guaranteeing work in your field.

In order to make it into one of the best schools in the country, you have to beat an unimaginably high level of competition. Harvard, Yale and Stanford — three of the best schools not just in the country, but in the world — all have acceptance rates of around five or six percent. The margin between the five or six percent of students that get in and the four or five percent of students that merely make the top ten percent is incredibly small.

In order to counteract this, students and parents are starting to get prepared for college applications earlier than ever. There are even preschools and kindergartens that boast about their students’ college success down the road.Whether you want to go to University of Maryland or Maryville University, you will have to get started early in order to be competitive with your fellow applicants. Here are some of the benefits of preparing for college early. 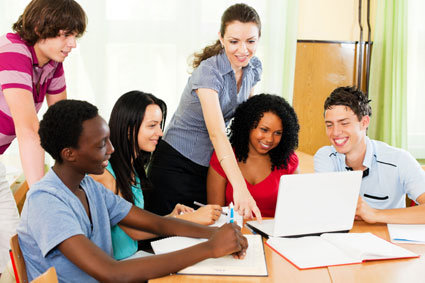 It Will Give You an Even Playing Field

If you get into your junior year of high school, ready to start preparing for your college applications, and realize that everyone else applying around you has already been preparing for twelve years, you won’t have a chance. Starting to prepare for college early is the only way to make the playing field even, and actually give yourself a chance to compete with the other students.

Most of the things that will go on your college applications need to be achieved over a long time. You can’t just get to high school and magically generate a 5.0 GPA, extracurricular activities, and community service achievements. These are things that need to be worked towards over your entire education. It will also look better and more genuine on your resume if you have impressive accomplishments over your entire education instead of just crammed in at the end.

It Will Improve Your Education

A lot of the time people studying for their K-12 education, students lack drive because they aren’t challenged. The goal of a high school diploma can be too attainable, and there is seemingly little else to work for. Preparing for college from the start gives you a tangible end goal to work towards, keeping your motivation high the entire time. Knowing your goal will keep you from slipping or getting lazy in your education.

How To Manage Your Social Life and Academics In College

Preparing For CBSE Class 12th Exams? Here’s What You Need To Know

Put The Physical In Education