Which invention should we talk about that hasn’t turned a head or two? That is a really tough number to call. Even before the Industrial Revolution, there have been a number of inventions that have made a place in history. Of course, the ones that we like are the ones that were the most successful. 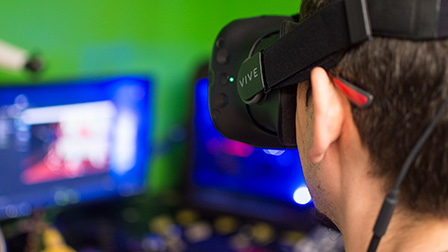 But did you know that there were some things about these famous inventions that slipped our minds? Here are some interesting facts about some of the man-made things we never knew of. It could change the way we think and use them in our lives.

The idea of shearing the vegetable surface of lawns was something Scottish inventor Edwin Beard Budding had in mind. It has been going for years that Budding would practice lawn mowing at night to avoid being ridiculed by his neighbors.

Who would have guessed that canned food was a thing to help soldiers live out wars and conflicts? While Peter Durand invented the tin can that could preserve food in 1810, Ezra J. Warner invented the can opener in 1858. The former was provided to soldiers and explorers and the latter was adopted by the US military.

It wasn’t until William W. Lyman’s introduced a more user-friendly model in 1870 that it began to pick up steam and save everyone the trouble of ruining their fingers.

You may have heard the annoying sounds of these wind instruments in Scotland time and again, but don’t let that fool you. Contrary to popular belief; the bagpipes actually originated in the Middle-East and not Scotland.

This discovery dates all the way back to as far as 1000 BC, when it was discovered that a sculpture of bagpipes was found on a Hittite slab at Euyuk.

Many dedicated Americans will remember Paul Winchell as the infamous comedian, ventriloquist and voice actor behind the infamous Jerry Mahoney puppet, but there was much more talent behind him than just entertainment. Due to his medical background, he also invented the mechanical artificial heart.

Along with the input and advice from Henry J. Heimlich, this was made into a reality. Winchell received his patent in 1963 and then donated it to the University of Utah.

It was an awkward turn of events for John Joseph Merlin when he first showcased the first ever roller skates in action. Not only was he skating much to the awe of the crowd, he was also playing a violin to display his dexterity. Unfortunately, it bombed pretty badly when the kinetic motion of the skates took him towards a mirror and crashed right into it.

It may sound funny to modern readers today, but it was must have been pretty rough for the inventor at that time.

You think you knew everything about the boomerang, but then you realized that you didn’t. For centuries we thought that this instrument of hunting and entertainment was brought up in Australia, but in fact was first discovered in Poland.

That boomerang was made out of a mammoth’s tusk was said to be about 30,000 years old.

We thought we knew it all, but we didn’t care enough to dig deeper. Shows you just how much the world is full of surprises.

Hire A Firm To Help With Your Search Engine Rankings

6 Reasons Why Small Business Should Invest in CRM

Benefits and Types Of Gear Pumps