It’s tough being a teenager in today’s society. While parents cling to their kids trying to hold on to their childhood as long as possible, the rest of the world desperately tries to prepare them for adulthood–and hopefully to become reasonable and healthy members of society. But when a Michigan divorce rocks a household, a teenager’s life often seems to come to a sudden halt. While divorce is a common reality is modern America, teenagers keep themselves in a bubble of invincibility. They almost always know there are problems at home, but the sudden emotional shock can be especially difficult for the adolescents. Of course, it doesn’t have to be. Here are some simple ways to help your teens cope with the upcoming changes. 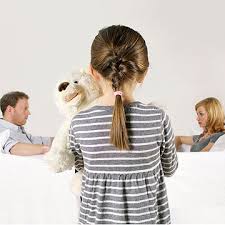 About half of all kids witness the breakdown of their parents’ marriage, and 40% of kids from divorced households grow up without an active father. That’s hard enough on its own. Your teen has likely helped support a close friend who has gone through something similar and may have even discussed their situation outside of the home. Regardless of how much you think they know, this is not the time to say, “Well, you know we’re done, so your life’s about to change.”

Teenagers are moody beasts at the best of times, so a little extra care and consideration go a long way here. While you shouldn’t avoid the discussion of a quickly occurring separation or divorce, it’s important not to layer too much at once for your teens to cope with. They’re already dealing with just being teens. So approach, discuss, and let them absorb each new change in waves. It’ll be a lot easier in the long run for everyone involved.

Waves of emotions and out lash are common and normal when it comes to teenagers accepting and dealing with the changes of divorce. Rebellious acts and totally ignoring you may follow. This is all relatively normal teen behavior anyway, but it can be quite intense during a divorce. If those behaviors border on dangerous levels or threaten their or someone else’s health or safety, seek professional help immediately. But if they’re just rude and annoying moments or outbursts, try to ride out the storm. And instead of retaliating with extra threats, punishment, or force, be sensitive and supportive to their emotions.

Teens are masters of guilt and illusion anyway, so rules are often pushed or ignored. But this can be especially problematic during a divorce. Curfews, limited social engagements, and safe driving habits are set for reasons that have nothing to do with your marital issues. Yet your teens are likely to try to weasel out of those to get a sense of control during this time. Stick to the rules if you don’t want to have more problems later–especially if the rules are set for their safety or personal security.

Be a Parent First

During a divorce, it’s easy to lose yourself to your emotions. And if your teen is mature and supportive, you might temporarily forget that they’re not an adult support system. But your teen is going through a lot on their own. Therefore, think before speaking. Keep all negative thoughts and vocalizations about the other parent out of the teenager’s earshot. They’re not your therapist. And if you need extra help, trust some close adult friends or ask your Michigan divorce lawyer to suggest a professional, licensed therapist that can help you vent your negative emotions in a safe and controlled environment. It might take a while, but your teen will thank you. And it really will be worth the wait.

Competing On The Third Platform

How Wearable Tech Can Change Our Lives Forever

PPC Marketing – How It Helps In The Growth Of Your Business