Many people think mumps are something baby boomers got in the 50s. But a mumps outbreak at Harvard this spring sickened many and threatened to shut down graduation.

The Harvard outbreak started in March and by late April had climbed to 41 cases. It had also spread to Boston-area colleges University of Massachusetts, Boston University, and Tufts. Harvard Director of Health Services Paul J. Barreira said he was very concerned about the spread, and students should take it seriously.

Barreira said it’s not known how the infection got onto the campus, but that Health Services might try contact mapping to track its spread. He also told students to practice good hygiene, such as hand-washing, and don’t share food or eating utensils. He added that, if you have symptoms of mumps, see a doctor right away. 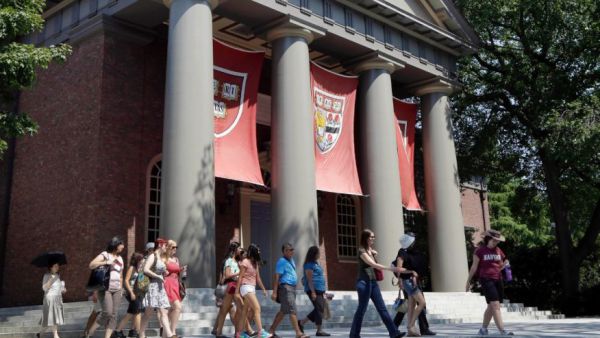 What Are The Mumps?

Mumps is a viral infection that’s very contagious. The name comes from an old word for “grimace,” which is what people with the disease tend to do. It usually causes swelling of the parotid glands on each side of the face, which can be very uncomfortable. Other symptoms are pain or trouble when swallowing, fever, and weakness.

It’s very easy to catch mumps, because it’s spread by coughing, sneezing, sharing food, kissing, or other casual contact. Mumps can be dangerous, leading to a high fever resulting in brain damage, or to sterility. So a mumps outbreak at a college where people live and work in close quarters can be alarming. The infection can spread to a lot of people in a short time.

What About A Mumps Vaccine?

But isn’t there a vaccine for mumps? Yes, it’s part of the MMR series of vaccines that children get before they go to school; MMR stands for measles, mumps, and rubella. Dr. Amesh Adalja, a senior associate at the University of Pittsburgh Medical Center, told Live Science that the problem is the vaccine’s effectiveness can be overwhelmed by the way college students live in such close proximity and interact so often. Mumps outbreaks rarely occur in the general population any more, but they do sometimes occur at schools.

The Boston Globe reported that all the Harvard students who contracted mumps were vaccinated, and Harvard said they requires proof of vaccination. But another factor leading to outbreaks is that the vaccine can wear off after a few years. Most people receive two doses of the vaccine in childhood. There is a third dose that can be given in a severe outbreak. Harvard did not recommend this for its students because it wasn’t encouraged by the CDC, but the third dose has been given in other instances.

As mumps continued its course, Barreira and Dean of the College Rakesh Khurana sent emails to parents, keeping them up-to-date on the state of the outbreak. Just before spring break, the college sent a message to students, asking them to practice good hygiene and not spread the infection while traveling.

By that time, everyone was ready for spring break.

Founded by Mark Sadaka in 2008, Sadaka Associates is based in New York and New Jersey. Mr. Sadaka’s educational background and legal expertise in complex litigation, from consumer protection, medical device and pharmaceutical litigation to product liability and toxic tort, has made Mr. Sadaka a nationally recognized trial lawyer and trusted counsel for nearly a decade.

Where To Get Freelance Writing Jobs?

Motivate And Inspire Your Employees With The Zing Events In London

What Types Of Advertising Services Should I Be Using?

What Hiring Manager Wants To See First On Your Resume?

4 Questions to Ask the Construction Crew of Your New Home