Microarrays are the latest technology to help aid the study and analysis of genes and the DNA. They are so intricate and developed that they can magnify any changes in the genes including those related to protein changes. Because of their high complexity level, microarrays are used by scientists for intricate researches to test and monitor the development and reaction of certain genes.

What are Microarray Printers?

Microarray printers are the tool that uses the microarray technology. The concept behind the printer is the same as that of a computer printer but technology is different. Microarray printers print the genes or DNA of an organism onto an array. Some of the main benefits associated with their use are their low chances of error during an experiment, help use time more efficiently and lower the overall cost incurred on such experiments. 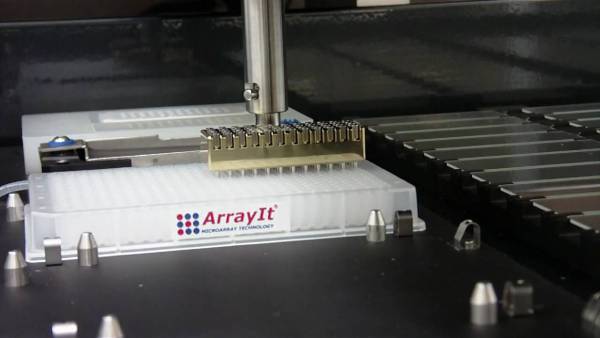 What are the Printing Tools Used?

There are a number of microarray printing tools available to choose from. All of them are of course high tech but each one has its benefits and its downside. Despite that they all help identify and monitor a gene in a way that was never possible before. Thus, whether it is a DNA microarray or a protein microarray, its manufacture has become imperative. Here are different tools used by scientists.

These printers are expensive and complex machines. At the same time, they also manage to produce very high quality prints of the genes. One of their distinctive qualities is their capability to print in different sizes. However, it takes a very technical person to perfect the size if it is to be changed.

If there is considerable deviation, the printer is very likely to skip on quite a few spots. Thus, extra precaution in this matter is encouraged. Moreover, because of the machine being intricate, special care has to be taken with respect to the voltage.

These microarrays use the non-contact printer to produce highly magnified and precise microarrays for research of genes and protein. They are highly sensitized to give the best results. The printer takes the data from files with a digital sequence and then prints the sequences on arrays. This is where the scientist then gets to experiment since he is aware of which spot represents which gene. The activity level of each spot will determine the role it plays in each gene. This is highlighted by the use of dyes in different colours that glow.

Microarrays have opened up a whole new world in genomics and are leading towards a more insightful study of genes and the role they play in curing illnesses. Scientist are using this technology to look for cures of different illnesses as well. With close supervision by the scientists who know exactly what they are looking for, perfecting microarrays has been possible on a commercial scale.

Some types of microarrays are still not viable commercially for user-specific research. However, the work’s under progress. Today microarrays are the leading source of research in cancer cure.

Edward Bovin is studying microbiology and takes keen interest in the technology surrounding the field. He enjoys and recommends arrayjet.co.uk for the latest on microarray tools.

5 Web Design Facts Sure To Leave You In Awe!

Optimizing Workflow and Efficiency In The Face Of Increasing Compliance Laws