Did you know that around 11% of America’s homeless population is comprised of military veterans? According to the National Coalition for Homeless Veterans, military veterans are prone to becoming homeless as many veterans find it difficult to adjust from life in the military to civilian life.

Why do veterans struggle to transition into civilian life? 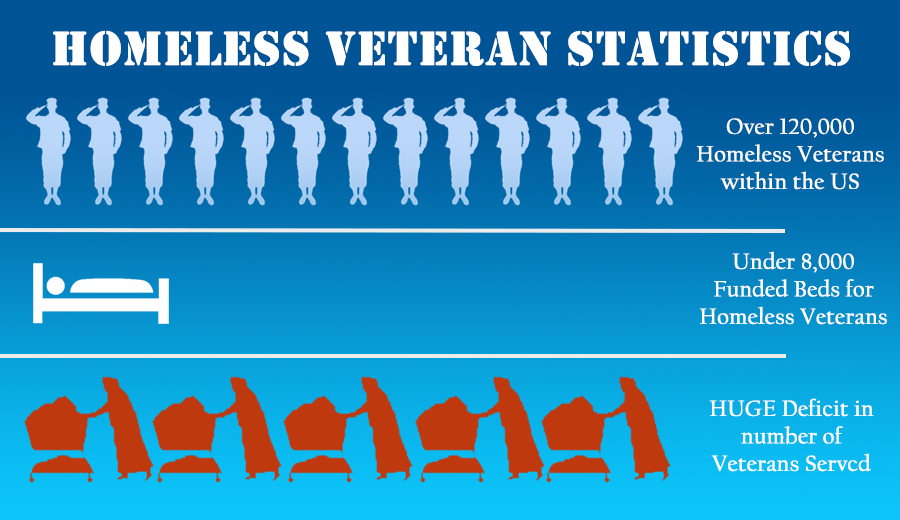 A staggering 35% of Michigan’s homeless veteran population suffer from substance abuse of some nature. Unfortunately, a reliance on substances such as alcohol, drugs and prescription medication can make it extremely difficult for a veteran to hold down a job and pay for their monthly bills. In other cases, veterans may get into debt trying to sustain their substance addiction. As a result, many veterans find themselves out on the streets. Other veterans develop a reliance on substances such as drugs and alcohol after becoming homeless.

How does substance abuse and post-traumatic stress syndrome affect veteran’s relationships with their support network?

Unfortunately, many veterans inadvertently alienate themselves from their support network such as their family members and friends as a result of their reliance on toxic substances such as drugs and alcohol. Without emotional and practical support from their family and friends, many veterans find themselves on the streets. Sadly, some veterans leave their families and homes as they don’t want their loved ones to see the person that they’ve become.

Veterans who suffer from post-traumatic syndrome may also choose to alienate themselves from their support networks as they may as though no one could possibly understand their experiences. Others may feel ashamed of displaying any signs of “weakness” and may leave their homes and families.

Are there other reasons why veterans find themselves living on the street?

Yes, not all veterans who live on their streets suffer from post-traumatic syndrome or have developed a crippling addiction to toxic substances, some veterans find themselves on the streets as a result of a medical disability. In fact, 44% of Michigan’s homeless veterans have been diagnosed with a serious medical disability. One of the most common disabilities being traumatic brain injuries, which are common amongst veterans who have served in Iraq and Afghanistan.

How can individuals assist homeless veterans?

By donating to local organizations such as temporary shelters, food pantries and food kitchens, you can help veterans in need receive the support that they need to get their lives back on track.

If you’re interested in learning more about the problems which affect our homeless veterans simply visit www.damichigan.com/mi-homeless-vets/, to find out more information.

What I Can Do To Keep My Clothes With The Fresh Scent Longer?