Kanyakumari is a town in the state of Tamil Nadu and is a quite popular city of the country. It was formerly known as Cape Comorin and it is situated at the southernmost tip of the Indian subcontinent. The southernmost tip of the Indian subcontinent as a whole is the Indira Point lying in the Great Nicobar Islands. The closest major city is Nagercoil which is the headquarters of the Kanyakumari district. Cape Comorin lies in the southern tip of Cardamom hills which is basically an extension of the Western Ghats ranging along the western coast of the country. It is at a distance of 20 km from Nagercoil, the nearest major city. Kanyakumari is also spelled as Kanniyakumari and is a major tourist destination as it is one of the important towns of the ancient Tamilakam, i.e. Sangam period. The city is well provided with a large number of amazing hotels that will make you and our family and friends feel right at home. Feel free to check out the hotels in Kanyakumari with rates to make an informed choice regarding your place of accommodation in Kanyakumari. 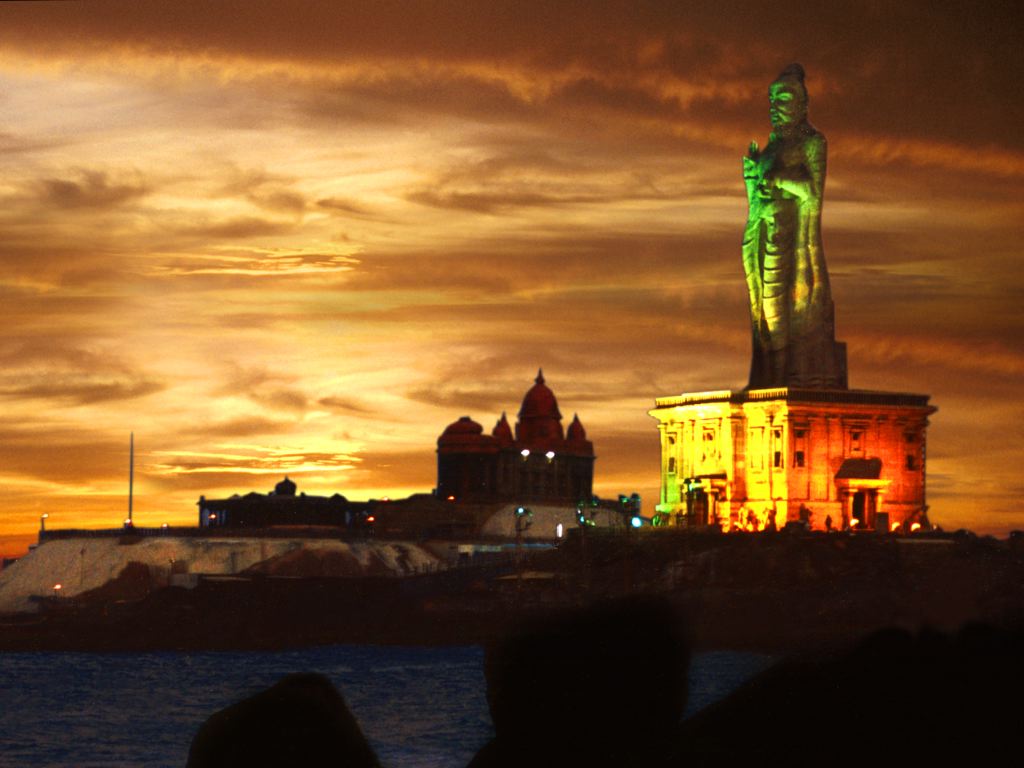 Kanyakumari is known all over the country for its pilgrimage value. It has a very high potential for tourism and pilgrimage. It is widely believed that it got its name from the name of the Goddess Devi Kanya Kumari who is widely regarded and revered as the sister of Lord Krishna. She is the main deity to be worshipped by unmarried women for marriage. It is believed that she is the one who removes the adamance and rigidity of the mind. The temple located in Kanyakumari is a highly regarded Shakti Peetha and is believed to be one of the holiest shrines of the Mother Goddess. Shakti Peethas are the places where it is believed in hindu mythology that the charred body parts of Goddess feel during the Tandava dance by Lord Shiva. Near this temple also lie the eleven sacred theertham. The main place is called as Kanyashram of the Balambika, the main deity of the temple. It is a very rare temple of India as here, the Goddess is worshipped in her child form. All the rituals and rites performed here are done in Kerala Namboothiri method. Thus it has a slight difference in which worship is done here as compared the temples of neighbouring region. The deity of the temple is Goddess of Sanyasa, and thus people all around the country come here with a desire to devote their lives as Sanyasi here. It is a very old temple and it has been mentioned in ancient Sanskrit literature. There is a quite famous shrine nearby for Kaalabhairava in this temple as well. Hindus believe that the back part of Sati fell here. It is also famous for Agastya mela where Agastya saint lived. You can check out the nearby hotels in the region and make an informed choice regarding the same. So choose from the 3 star hotels in Kanyakumari and enjoy your trip.

Dimpy Roy is a travel writer working with an Online Travel Guide. She guides travelers to various resources where they can find best hotels in Kanyakumari with rates and choose the suitable one.

Important Things To Consider While Deciding To Get Your Car Repainted

3 Common Mistakes To Avoid When Relocating

Northern Railways: The Passage To The North

Witness Some Of The Best Wedding Destinations In Rajasthan