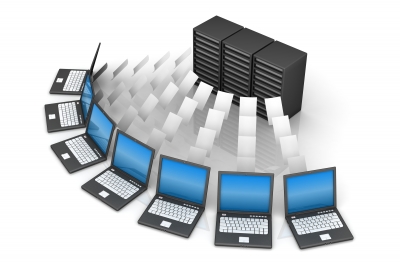 It isn’t often that an IT configuration allows a business to benefit from a combination of technologies. When it comes to storage, the amount of data being generated is growing with each passing year, and businesses are doing their best to stay on top of this growth. In the past, the typical solution was to store everything on hard disks, which brought its own host of pros and cons. Recently, solid state drive (SSD) storage has emerged as a challenge to this hard disk standard, surpassing its speed and reliability. Depending on business requirements, one or the other may function effectively, yet being able to combine them both may be the most successful method of all.

The Limits of Hard Disk Storage

Although the benefits of hard disk drives consist of having a great amount of storage space with an affordable cost, some disadvantages come into play here as well. Hard disks require a lot of power, they’re not as quick in comparison to SSDs, and they aren’t as easy to maintain. If you have a room dedicated to nothing but your storage racks, you’ve got to think about a cooling system and the fact that replacements will be needed within five years, if they last that long.

Both HDD and SSD have their advantages, and being able to combine all of them is an ideal situation. Yet the real barometer for how much a hybrid storage service can benefit your company depends on your company’s requirements, and a combination may help your efficiency and productivity. You’ll be able to take advantage of SSD’s speed, which makes hard disks look incredibly slow. This is due to SSD’s use of flash memory, which is the reason for most of its advantages: easier maintenance and greater longevity without any fragmentation of data.

Yet the most advantageous characteristic of hard drive storage will still be included here as well: large capacity. Even with all the advantages that SSD has, it doesn’t offer the same amount of space that a hard disk does, so being able to continue to rely on that hard drive capacity is a great strength to have at your disposal.

Hybrid drives also don’t consume the same amount of power that a hard disk drive does, since it’s not entirely dependent on all the moving parts of spinning disk machinery. Additionally, cost is something to consider here, as a hybrid approach will be much cheaper than one dedicated to SSD completely. It’s also possible that, even if the cost wasn’t an issue, an all-SSD system wouldn’t fit your business’s needs and a hybrid would achieve exactly what you need it to.

Deciding on a Hybrid Solution

The debate about which storage solution to choose has been going on for a while now, and the best way to put the argument to rest is to look at the requirements of the individual company. With a hybrid approach, you’ll be able to blend speed with capacity, allowing your storage array to handle the ever-increasing demands. Outfitting your IT department with a hybrid storage system will be a giant step forward from an all-disk approach and allow your company to save expenses, be less exposed to disk failure and have a better handle on meeting future storage challenges. If all the different factors are in alignment, as far as capacity, cost and performance, then a hybrid storage system will lead to internal improvements for your company, allowing greater company efficiency overall.

Why Laptops Will Remain Prominent In The Marketplace

Cool and Stylish Accessories for Your Laptop