The employers and employees are bound to ensure that the electrical and mechanical systems at work are well controlled and under safe operating standards. In many countries, there are well-defined legal procedures for routinely checking equipment. As per the requirements of health and safety regulations, the appliances should not cause harm to the workers in any case. One such procedure known as Portable Appliance Testing (PAT) is used as a standard testing service in the United Kingdom. 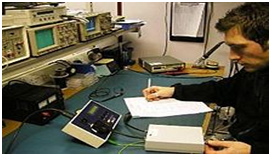 In order to guarantee continual safety, equipment is tested at regular intervals for safe operation, including electrical and mechanical testing. The time after which checking is repeated depends on the nature of the appliance and the environment it is operated in. Generally, after passing a safety test, the equipment is labeled with “passed,” “tested for electrical safety,” and other such tags.

Application of electrical and mechanical testing techniques saves lives and property. They ensure increased safety for employers, employees, and third parties. Moreover, reduced liability and insurance premiums are also achieved by running these inspections. Due to testing performed on a regular basis, the downside of the equipment is greatly minimized and requiring negligible repairs can be performed onsite.

Important aspects of electrical and mechanical testing are discussed below:

Although there are different safety standards followed in different parts of the world, some tests are standardized for the listing of most products. The necessary equipment that may be required for the testing procedures include test probes or guns, high voltage lead sets in various lengths, corded product adapters, foot switches, and rack mount kit, etc.

The following electrical tests are carried out in most of the safety standards used worldwide: 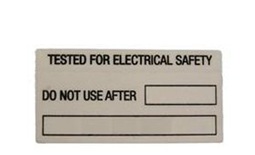 This test is conducted to ensure that the product is safe to be marketed. It checks the strength of the dielectric barrier, which separates user accessible parts and hazardous parts of the equipment. It is a high potential test that also detects possible defects in design that may develop over time. One example could be inadequate air gaps between conductors and components due to dust or dirt.

This test is considered a universal test for all electrical devices. A high voltage, generally twice as much as the operating voltage of the device, is applied. It is also known as ‘dielectric voltage-withstand test’ because the insulation of the device is tested for high voltage. 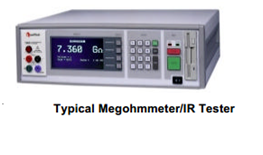 The resistance between outside conductive surface and protective earth is measured during this test. This is a very important test as it ensures that an electric shock is prevented in case of an insulation failure. A current in the range of 10A-60A is applied for a few minutes.  The safe resistance limit is less than or equal to 0.1 ohms.

Leakage current is the unwanted current flowing across the insulation, e.g. of capacitors in case of electronic circuits. It should be within specified limits and should not exceed 210 micro amperes. The leakage current is measured using a special circuit that simulates the impedance of the human body.

In addition to the above-mentioned tests, many other tests for checking plugs, cables, extension sockets, and polarity are also performed.

Mechanical testing techniques are carried out to determine the nature of a material to withstand an applied force. They verify the suitability of a material for a certain application by measuring strength properties like elasticity, tensile strength, elongation, hardness, fracture toughness, impact resistance, stress rupture, and fatigue limit. 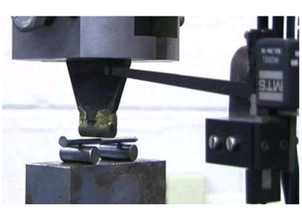 Some common mechanical tests that are used today are discussed below:

Also known as the tension test, the tensile test measures resistance of a material to a static or slowly applied force. The amount to which the sample stretches is measured by a strain gage by applying uniaxial tension. Elastic limit, yield point, tensile strength, and elongation are some of the characteristic values that are important for this test. 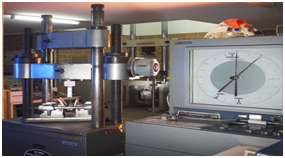 This test measures how resistant a sample is to a permanent deformation under the application of a force. Industry standard hardness testing methods include the Brinell hardness test, the Rockwell hardness test, and the Vickers hardness test. A hard object is penetrated into the material whose resistance to the penetration is measured. 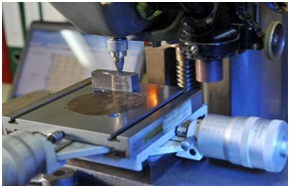 This test is used to determine the ductility or toughness of a material. The specimen is simply bent over a given radius.

This test is performed to find the amount of energy absorbed by the material during fracture. Usually, a hammer is made to fall with a fixed velocity and distance at the test material to break it.

This test determines the ability of the material to withstand a large number of applications of the stress. The specimen is subjected to cyclic loading in this case.

In addition to the above-mentioned tests, many other mechanical tests are performed, like the creep test, the sheer test, the torque test, etc.

My PC Speakers are Not Functioning – What to Do?