Many people want to jazz up their patio area but they do not know how to go about it. That person could be you. Have you seen a delightful patio at a friend’s house but cannot put your finger on how they achieved that look? At Stone Traders, we are Indian sandstone specialists. We are dedicated to providing the ultimate Indian sandstone design solutions. The chemical constitution of sandstone is nearly same as that of sand. The sandstone rock is generally composed of quartz and the key-cementing ingredient is mainly iron oxide, silica or calcium carbonate and the rock grains. It mainly includes pieces, clasts, rock fragments as well as minerals. Stone Traders will provide you with everything that you need to know in order to select the right Indian sandstone for your project. 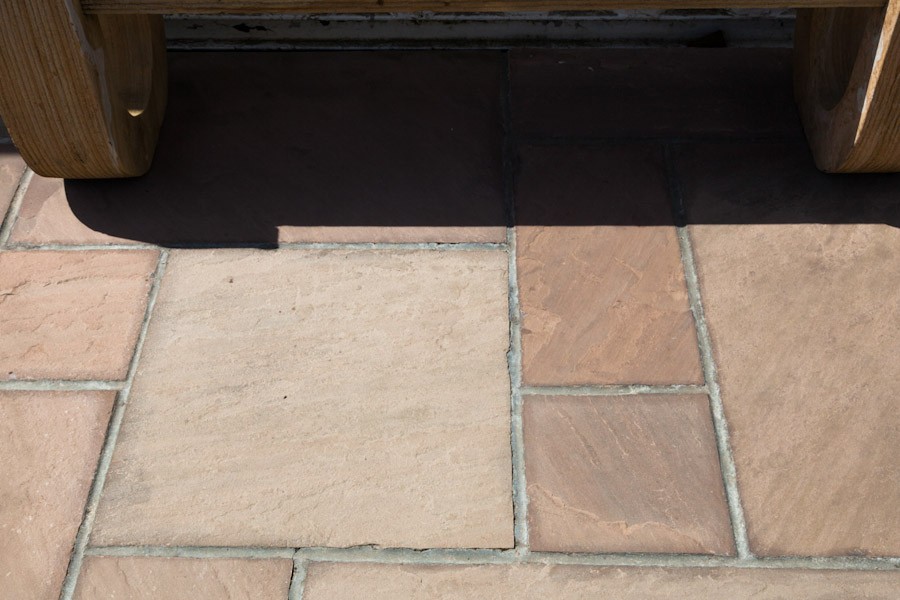 Sandstone has a long history of being used as construction material, even during ancient times. The sedimentary rock, composed primarily of quartz and feldspar, has the advantage of characteristically being resistant to weathering but relatively soft and easy to carve. Besides being a building and paving material, it has been used since prehistoric times for everything from grindstones to household products to later fountains and statues. Sandstone may be a variety of colours including tan, yellow, and black

Sandstone is hard, compact, fine grained and homogeneous rocks with sedimentary nature. They are weather-resistant and are widely used in the construction of buildings and homes. Furthermore, they also find their usage as a paving material. Sandstone can be utilized for creating grindstones for blades sharpening.

Sandstone can also be used in flooring; its high strength makes if suitable as a flooring material at offices, shopping markets, residences, etc. Beautiful shades of sandstone add in to the style and patterns of the pavements, they can also be used in the construction of walls. One of the most important examples of sandstones is Haw Mahal, Rashtrapati Bhawan and Red fort. These magnificent ancient monuments have proudly stood in their place years for centuries demonstrating the skills and talent of the ancient Indian artisans. Today Indian natural stones suppliers not only supply natural stones in the country, they also export natural stones.

One important positive factor about sandstone is they are very much resistant to high temperature. This factor makes it very useful as a raw material for making fireplaces. Yellow and red coloured sandstones are used for making mustard tinged sandstones.

5 Popular Reasons For People To Opt For Company Sellout

Are These The Missing Ingredients To Your Small Business Marketing Plan?

Why Edinburgh’s Property Marketing Is Thriving

The Basics Of Career In Finance

How Can I Become A Healthier Boss?

How Best To Quickly Close A Sale