When it comes to self publishing and social media, authors seem to make one of two mistakes: they either promote themselves too much or they never mention their work at all for fear of alienating friends and family. There’s no need to fear promoting yourself via social media. Using a common sense approach, you can attract readers, build an audience, establish your authority and even have a good time while doing it. 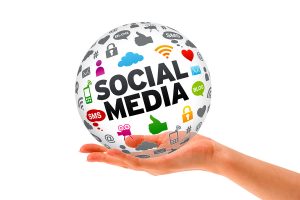 Start Marketing Before the Book Is Published

How much easier would it be to market your book to an audience if you already have one? Before your book is even published, you should begin building a presence on social media. At a minimum, you should have author accounts on Facebook and Twitter. Google+ is becoming more popular, but Pinterest may give you a better return on the investment of your time. Build your following at a slow and steady pace with people of like-minded interests.

Don’t ignore this piece of advice yet. It doesn’t mean that you should give your book away. That would be crazy. Instead, it means to freely share the information you’ve learned. If you’re a pest control expert who just self-published a book, use your social networks to share your expertise with your readers about natural insect repellents, gopher repellent and other related topics. Don’t hoard your information to yourself. If your followers find that you’re knowledgeable and willing to share, they’re much more likely to purchase your book.

Avoid Too Much Self-Promotion

Have you ever encountered someone at a social function who talks endlessly about himself and doesn’t let his friends get a word in edgewise? That’s what it’s like when you only talk about yourself and your book on Twitter, Facebook or your other social media accounts. Share interesting tidbits about your life, but ask your followers about theirs, too. Solicit opinions on fascinating topics. Share the works of some of your favorite authors. Tweet interesting quotes from the works of other self-published authors. They’ll be flattered and will likely return the favor.

As if you weren’t busy enough, now it’s recommended that you throw a blog into the mix. Why? First, it’s where you can shamelessly plug your book because that’s where such things would be expected. Second, since you’ve already begun building your online presence through social media, your social accounts can give your site some valuable backlinks. Finally, it’s a great way to share short articles to show off your writing chops while building a loyal reader base.

With self-publishing, the quality of your work isn’t all that matters. You also need to get your work out there so that people can actually use it. Social media is a powerful tool toward this end.

How Writing “Best Of” Posts Can Help Rank For Competitive Keywords

90 Million and Rising for Google Plus

Tips And Tricks To Select Program To Generate FB Likes

What Is Guest Blogging And What Is It’s Role In SEO?