When researching for alternative means of marketing a product to consumers, online marketing is definitely the way to move. It’s forward progression that has lead to a number of highly promoted and successful companies to pave the way towards promoting their products and services via advertisements and websites on the internet. With the addition of social media in the mix, marketing online gotten a lot easier over the years. Sites like Facebook, Twitter and Instagram are great ways to get the word out about a company’s latest offerings and special events. The more it’s talked about, the better the overall sales will become later down the line. 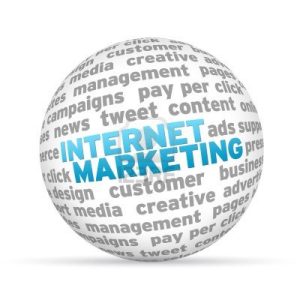 When one deals with the process of internet marketing it’s really no different than marketing on television, on the radio or in a magazine. Even the billboard advertisements have the same general purpose. However, with online promotions there are more openings to be interactive with the customers. They can get more in depth with the online advertisement thanks to online point-and-click programs that can be incorporated into the commercial. It’s something you can’t get in a magazine or billboard, and it’s proving to be a big success.

Then of course there is the advantage of reaching out to a whole new demographic. With the internet, there are millions upon millions of avenues that the advertisement can take. People all across the country, and even around the world, are able to see the same advertisements as long as they’re promoted heavily enough. Thanks to marketing onlinea large number of companies have finally gotten noticed in other countries. In addition, up and coming companies have a primary outlet to get their businesses recognized to people from all walks of life.

Getting the Job Done

At the end of the day, it’s all about making sure that the job gets done and that enough people are seeing the product or service that is being promoted at the time. Thanks to programs like Adsense, people who advertise these products on their websites earn a small cut of the profits while the company still maintains a higher overall percentage. This means that everybody is getting paid and everybody is able to take advantage of the opportunities presented by the endorsement.

Marketing is all about communication. It’s about telling people about a product and getting as much feedback as possible from it. Now that the internet has opened itself up to billions of people globally, there are newer and better ways to market products. A company can do things like:

Marketing is getting better over the years, and as long as the internet continues to progress forward then so with the online world of marketing as a whole.

How Does Social Media Benefit A Business

Agency vs. In-House SEO: Which is Right for Your Business?

Tips And Tricks To Select Program To Generate FB Likes