The holiday shopping season broke many records, which was surprising given the state of global finance. Among the records that lie shattered on the linoleum floor was that of digital sales: shoppers spent more than $1 billion dollars at digital marketplaces. There was a 30 percent increase over digital sales for 2010, indicating this will be an upward trend. More digital sales mean more shipping, and more shipping means developing more efficient ways to get products from warehouse to consumers. Technology is playing a huge role in those transitions and innovations.

With the recent challenges of a truly global economy, companies and industries have been scrutinized as never before to trim waste and increase productivity without increasing operating expenses. It’s a tall order that cannot be met by simply trimming the workforce, postponing raises or using 40-watt light bulbs. These challenges require adaptation, accommodation, problem-solving and novel applications of technology. The shipping industry recently absorbed an enormous economic shock courtesy of the worldwide economic downturn but responded with design and technology innovations. For an industry thought to be old fashioned in its use of ships, trains and trucks, it has emerged as a leader in meeting adversity with modern creativity.

China, for instance, is approaching the distinction of producing almost half of the world’s shipbuilding orders. The country surpassed the world’s previous shipbuilding leader, South Korea, by almost 5 million deadweight tons in just the first half of 2010. Not satisfied with providing the most ships for the worlds’ ocean shipping needs, Zhang Shengkun — Shanghai Society of Naval Architects and Marine Engineers president — reportedly wants to emphasize innovative design in the ships it will continue to produce. Some of these innovations will be necessary to meet newly developed environmental regulations while others will be necessary to meet the needs of customers and their specific shipping needs.

Meanwhile, innovation and ingenuity have transformed what was once the standard cargo containers used to transport goods on ships. Cargoshell containers are made of a special fiber composite that weighs 25 percent less than the standard cargo containers you see in movies based in ports or docks. Although, initially more expensive than old fashioned steel containers, Cargoshells ultimately save lots of money on space and storage costs. These new containers are also internally labeled with an ID allowing individual containers to be tracked by satellite. Their method of manufacture is said to decrease the potential for contamination of products from previous loads. Most astoundingly, Cargoshell containers are easily collapsible — within half a minute — to one-quarter their original size.

Norfolk Southern Railroad developed the Heartland Corridor between Virginia ports and Chicago to carry double-stacked container trains. This means of transporting twice the number of containers per train required years of planning and work to lower track beds, excavate larger existing tunnels and remove overhead impedances such as bridges. This intermodal means of shipping allows for cargo to be unloaded from ships in port in Norfolk, Virginia; double-stacked onto trains and moved by rail to Chicago where they are often unloaded onto tractor trailers for further distribution around the country.

Qualcomm has introduced a suite of fleet tracking tools designed to maximize productivity by calculating the most efficient routes and holding drivers to a schedule. The company uses an electronic monitoring system in each tractor to monitor driver time behind the wheel and legally required rest periods. This information is then collected into an electronic driver logbook. Collating this information electronically decreases accounting errors, reduces fines for regulatory noncompliance and decreases the man-hours necessary to organize and compile the completed trip records.

The ongoing turmoil in Europe has some analysts wringing their hands about the future of shipping, and for good reason. If European countries begin to go bankrupt we could see a drop in international. However, the international shipping industry is such a large part of the global economy that its failure is almost unfathomable. Many things described as too big to fail often do, but the shipping industry won’t be in that category until teleportation technology becomes affordable.

I wouldn’t hold my breath. 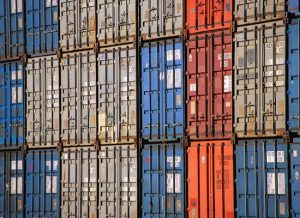 Wireless – The Future Of Connecting To The Internet

The Benefits Of Homeschooling Online

What to Seem for while in the Greatest Answering Services