Fish on a space station

Recently, an investigation that could last up to 90 days was begun aboard the International Space Station. During this time period, scientists will study the impact life in space has on small, freshwater fish. Muscle wasting, bone loss, developmental biology and the effects of radiation are some of the things that the scientists will be examining.

The filtration system that is keeping the fish alive had to go through many tests to ensure its effectiveness. There is a special filter that deals with bacteria and actually purifies waste materials so that the fish can stay healthy for the 90 days the investigation may take. Due to this advanced filtration system, there may be three generations of fish born while on the International Space Station.

Eventually, the hope is that people will be able to benefit from the technology used to conduct these experiments in space. As this research continues, people all over the globe will learn better and more efficient ways to make water filters. For those who are in desperate need of clean drinking water, advancements in the field will have a huge impact on their quality of life.

Advanced water filtration systems could be used to deal with problems humans are having with bacteria that crops up in the drinking water supply. For example, during a drought, most people worry about water quantity, but the quality of water is also a concern during a drought.

There is also aeromonas hydrophila to worry about. Known as the “flesh eating bacteria,” aeromonas hydrophila is found in brackish freshwater environments. In most cases, it simply causes gastrointestinal infections, but if it enters through an open wound, it can quickly reproduce and destroy soft tissue and skin. Advanced water filtration systems could help deal with all of the aforementioned problems.

These experiments have the potential to benefit people from around the globe. The advancements needed to make water safe in space will also be used on earth. People who are in developing countries will really benefit from such advancements. Safe and clean water is hard to come by for them. People who are already using filtration systems will have access to better units. And it all began with some fish in outer space. 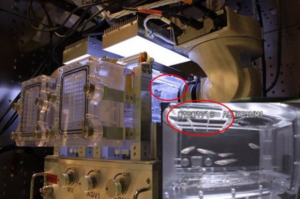 Ways to Instantly Promote Your Blog

Are Infographic CVs A Good Idea?