New virtual avenues for marketing and advertising have reshaped how businesses are targeting consumers and trying to increase sales and revenue. The ability to connect and engage with a current and potential consumer base is giving businesses the ability to reach consumers in a number of different ways. Supplementing the traditional methods are social networks, mobile apps, daily deals websites and other online tools that attract consumers in different ways.

These new tools have also blown open the pool of available consumer data, giving businesses virtually innumerable ways to analyze and crunch data to learn more about their consumers and what strategies are effective in gaining business. As the battle for commerce becomes increasingly more inundated with new tools, it’s consumers who are deciding what works and what doesn’t.

To no one’s surprise, mobile tools are increasingly being viewed as the central feature in tomorrow’s consumer landscape.

In the United States, roughly 65 percent of consumers prefer shopping online rather than visiting a brick-and-mortar store to shop. Recent research suggests that when they do go online to shop, they most often turn to Google. More than 69 percent of searches for online products start at this search engine.

Ultimately, those shopping endeavors lead American shoppers to Amazon.com more than any other site, with 33 percent of online product searches ultimately resulting in a purchase through the online retailer. These trends remain largely consistent during holiday periods, thanks in part to rush shipping and greater planning on the part of consumers.

But Google and Amazon have been around for years. Even though fears concerning online transactions continue to be dispelled among the general public, that isn’t exactly what’s revolutionizing consumer shopping today. That award goes to the advent of mobile app technology serving smart phones and tablet computers. Thanks to the invention of these apps, consumers are able to connect with their favorite stores at all hours of the day, clueing them in to the best shopping sales and coupons available by these companies.

Many retailers have developed apps specifically for the promotion of coupons among its consumer base, simplifying the shopping experience for deal-oriented consumers by providing a buffet of coupons through these mobile apps. Supplementing the rise of mobile apps is the advent of daily deals websites that publicize local and national products and services at steep discounts. These websites also utilize mobile apps to provide up-to-the-minute deals that can be called up and used in a moment’s notice.

Complementing the rise of mobile apps is the increasing influence of social media. As social networks like Facebook become more accommodating to online commerce, word-of-mouth advertising has now transcended to the digital realm. Consumers are more likely to purchase items and use online stores if they’ve been recommended or vouched for by their Facebook friends.

But the standard product review system, supported by websites like Google and Yelp, still have a major impact in consumer activity. Roughly 83 percent of consumers say they value online reviews when considering a purchase of goods or services, even if they themselves don’t actively write reviews. This increased interaction and exchange of experiences among consumers has challenged businesses to maximize customer satisfaction in each instance as a means of maintaining their reputation.

Other methods of data collection and analysis are culled straight from the “Big Brother” rulebook. Businesses like Target have recently made headlines for using consumer purchase histories at the individual level to predict what stage of life a person is currently in or approaching.

A particular focus is pregnancy among women: if a woman makes purchases of products, such as prenatal vitamins, that are confirmed through other data analysis to indicate a likelihood of being or trying to become pregnant, Target will focus customized advertisements to that individual that feature products relevant to a pregnant woman.

While some consumers might feel squeamish about their personal lives being so transparent via their purchase history, Target isn’t alone in their tactics, nor should these marketing strategies be viewed as a passing phase. The fact of the matter is that online shopping is only expected to increase over time as consumers embrace its convenience. But consumers will be paying for this convenience by giving up a wealth of data that gives businesses the tools to refine their marketing strategies and become more efficient in attracting consumers. 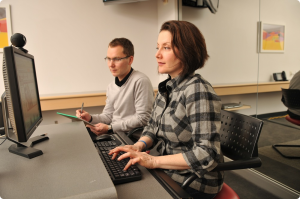 Features Of PDF Converter For Mac

What Is Translation Software and Why It Can Work For You?

Top 10 Tips For Switching Over To VOIP Phones

Balancing Freedom and Safety on the Internet