Likes, it seems, are a pretty big deal. Facebook’s legal team is currently fighting to get the like recognised as constitutionally protected free speech, and the criteria for the best laptop now go beyond graphics cards and hard drive specs to include adaptations for social media uses. But as UNICEF Sweden points out in its cutting ‘Likes don’t save lives’ campaign, awareness can only get you so far. Ultimately, it’s all about donations. Meanwhile, MMORPGs are bringing microtransaction-based marketplaces into the public consciousness, and Bitcoin is emerging as a viable alternative economy. So in this climate of viral awareness and quick, easy virtual spending, how can charities make it just as simple to help others as it is to buy a virtual sword? 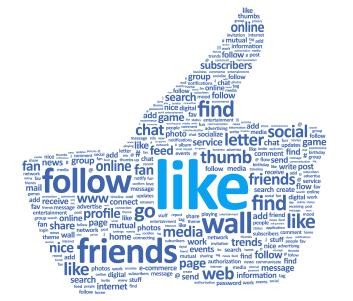 One attempt to put real money behind clicks is Flattr, the brainchild of Linus Olson and Pirate Bay co-founder Peter Sunde. Users pay however much money they want monthly into their account, and can then ‘Flattr’ content creators using dedicated buttons on Youtube, Soundcloud, Flickr, and other sites – the user’s money is then shared out equally at the end of the month.

Flattr is presented as a virtual tip jar for supporting content creators, and it is strengthened by its simplicity, integration with leading social broadcasting sites, and flexible level of commitment. Additionally, its status as a small, independent outfit engenders a certain degree of trust from users. By contrast, Facebook’s attitude towards content monetisation and Paypal’s blocking of donations to Wikileaks have both drawn users’ ire. So could Flattr be the answer for turning likes into vaccinations and water pumps? After all, street performers are able to make their living off unscheduled, voluntary donations, and crowdfunding has enabled a host of creative projects that would otherwise have been impossible – could the same not be true for charity, turning Flattr into an online collection box?

Unfortunately, it’s not that simple. Whereas this kind of piecemeal funding is fine for creative endeavours, when it comes to amassing the kind of money needed for serious charitable action, it is simply not an option. Charities rely on consistent funding that allows for a stable budget, both due to the sustained nature of the work they do, and the greater number of people involved, both as beneficiaries or employees. As a consequence, a system where the recipients of donations cannot be sure of either the number of donors or the size of their donations from month to month is little better than useless.

What is needed is a system that brings to regular direct debit payments the simplicity that Flattr provides for individual donations. Provided that they are reliable, even small donations are vital to the efficient running of a charity. As such, this system would need to provide convenience and security to both donor and recipient. Given the vital nature of the function charities perform, they cannot carry on relying on the hit-and-miss, old-school strategies of telephone campaigns and street fundraisers. Sooner rather than later, they will have to embrace the Internet Age and create the powerful, modern infrastructure that their beneficiaries deserve.

Top 10 Tips For Switching Over To VOIP Phones

Make Money on the Internet with a New Online Business