Garjia is best known for its Shakti Shrine which is famously known as Garjia Devi Mandir. Close to Ramnagar and about 100 km from Jim Corbett National Park, Garjia Devi temple is visited by thousands of tourists every year. It is considered a sacred place in Hindu Mythology. Read on. 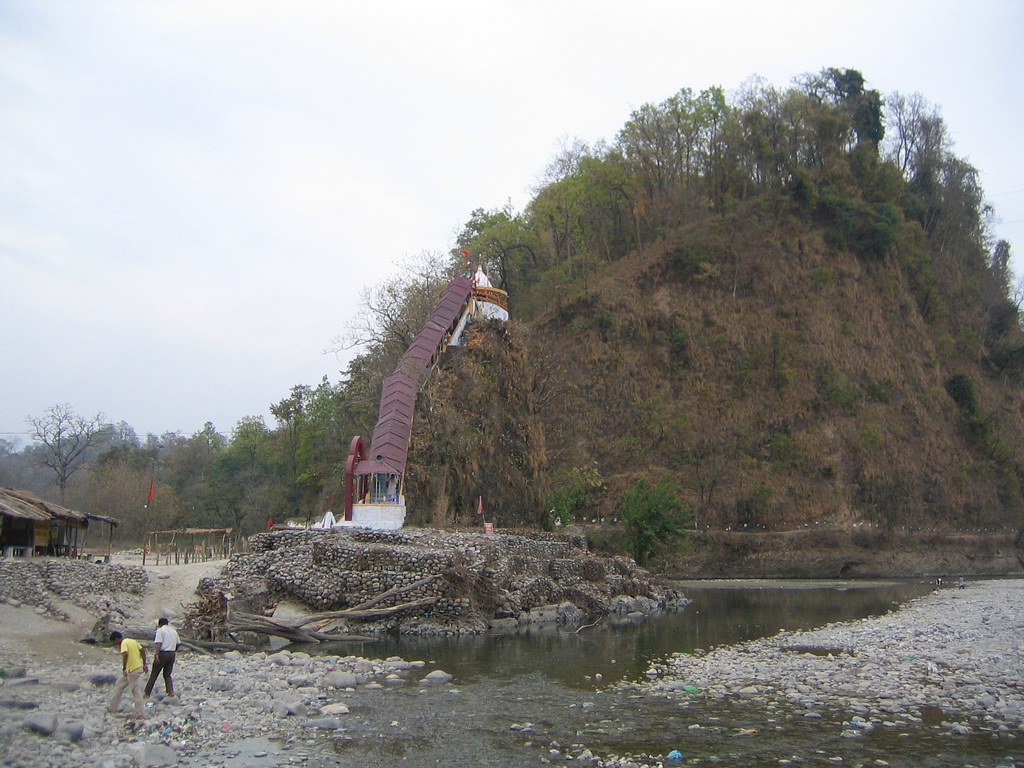 Garjia is a village in the Ramnagar district of Uttarakhand. It is situated just 100 km from the Jim Corbett National Park. Those who like rural tourism find an accommodation in one of the hotels in Garjia and stay here for a few days. This village has the Garjiya Devi Temple which is a place of ancient worship. It is also a Shakti shrine, hence one of the revered sites of the deity who is considered the ultimate godhead. The temple is situated along the Kosi river that passes through the village. There is a large rock in the river upon which the whole temple is based. Garjia Devi Temple is considered as one of the most important religious sites of Nainital. Thousands of devotees visit this Hindu mandir during Kartik Purnima which falls between November and December every year. Pandit Keshav Dutt Pandey was the first priest of Garjia Devi Temple. In this temple, there is another statue which is of LaxmiNarayan and it dates back to 9th century. The whole statue is made of black granite. Devotees follow the ritual of bathing in the Kosi river and then visit the temple to offer prayers. Garjia Devi Temple is also famous for the festival of lights of Gods. The Kartik Purnima that is celebrated here coincides with the Guru Nanak Jayanti and hence the fervor of devotion drapes the whole place with an aura of divine spirituality.

India is a place of faith, spirituality, and religions. Hindu festivals have been celebrated in this land for ages and there are many places which host huge fairs and carnivals showcasing the supreme belief in their deities. In Hindu mythology, such ceremonies are mostly based upon change of seasons and they are celebrated likewise. From Basant Panchami to Navratri to Bihu and Onam, each festival arrives at a specific time of the year as the months change in the Hindu calendar. There are many pilgrimages and four dhams which are considered sacred in the Hindu mythology and hence a large number of people arrive at the holy cities to celebrate and offer prayers to the gods and goddesses. To observe and understand the different shades and faiths of Hindu religion, such festivals and cities are the absolute destinations. Often tourists from many different countries arrive for the religion tourism in India in order to look closely at the various aspects of the rich customs and age-old rituals that thrive here. Garjia Devi Temple is one such place and those visiting the Jim Corbett National Park often plan to seek blessings from the deity here in their itinerary. Since Garjia is situated on NH 121, it is conveniently accessible by road. You can take a bus or taxi from Ramnagar which is about 15 km from here. Nainital is about 75 km from the temple. Pantnagar airport is about 90 km from Garjia Devi Mandir. There are some budget hotels in Garjia situated close to bus stand.

Top Places To Visit In Jammu and Kashmir

Street Trip Along The Pacific Coast