Huawei displaced as the world’s third largest mobile manufacturer, Couple of Huawei P9 images have been posted online, Most awaited smartphone of 2016, Positioned in the high-end design segment, It will be equipped with powerful Kirin 955 processor,  This device is expected to announce at MWC-2016 on February 21st.

According to the previous leaked images, This Smartphone could sport a metal construction like its previous models Huawei P8 model and Nexus 6P, Huawei P9 will be available in 5 different colors: black, gray, white, gold and  pink. This device comes with Multiple variants, one with the P9, P9 Lite and P9 premium edition, According to the Venture Beat report. Huawei P9 will feature a 5.2-inch AMOLED Full HD display with screen resolution 1920×1080 pixels, And the Display protected by the Gorilla Glass 4. 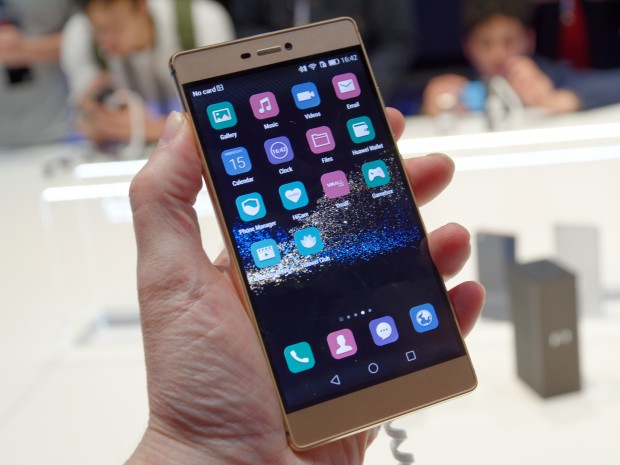 Huawei is one of the company to make their own processors like Apple and Samsung, Another major Strong feature, , According to the latest leaked source, This device will be equipped with Kirin 955 processor clocked at 2.3 / 2.5 GHz. Knowing that the Huawei Mate 8 powered by the Kirin 950 processor, the 64-bit octa-core Kirin 955 processor coupled with huge 4GB RAM, Another rumor also suggest that, This device will offer a huge 6GB of RAM, Because of competition is very high at current mobile market trend  in 2016, Samsung also plans to launch their models Galaxy S7 and Galaxy S7 Edge with 4GB RAM and powerful Octa-core Snapdragon 820 Processor.

Few days back a rumor has surfaced on hybrid laptop, dubbed the Huawei Matebook. On the camera side, As like LG G5, This device will feature a Dual camera sensor, we will see a dual camera sensor, the Last year manufacturer has unveiled the Honor 6 Plus with dual-camera technology, both sensor features 8 MP camera and worked together for quick focus and for better picture in low light condition. It is possible that the Huawei P9 follow the same path. The smartphone will have a 12-megapixel dual-cameras on the rear. So the 2016 could be the year of the dual cameras, Htc also planned for HTC one M10.

Powered by the 2900mAh battery, Including finger print reader, It is one of the best security provider to the high-end design smartphones, Huawei P9 will have such a feature. This device will run under the Android 6.0 Marshmallow operating system, Includes 16GB internal storage and micro SD card bonus supports up to 128GB data storage. The Huawei P9 price will probably also be in the region of US$500.

Why We Should Use Joomla?

Software To Help A Business Grow