The digital era has opened doors to so many new and exciting opportunities for businesses and individuals in all walks of life. Tasks and processes that would’ve been done on paper a decade or more ago, and would have taken hours and numerous employees to work on can now be performed in a few minutes using computerized systems that require one employee to push the start button or to enter some details.

The medical profession is just one that has benefited from the introduction of various forms of technology. Medical records are now stored on computers so there is no risk of losing important documents in a filing cabinet or while they’re being transported between practices; and pt software has helped doctors to update records so that they can access and implement the most appropriate procedures. 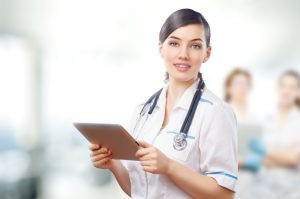 Paperless therapy can only be a good thing in numerous ways. As mentioned, there is no risk of losing patient documents while moving their records, either internally or externally, but there are also financial savings to be made because you’re not having to print out so many records and pages, it can all be done in the ‘cloud.’

The system allows doctors to file the notes away as soon as they have finished treating the patient, allowing for secure filing in an organised system as opposed to putting the notes into a filing cabinet that is ordered according to the receptionist’s method and often means that doctors have no idea where they can find specific records.

By being able to store notes in the cloud, different practices are able to access the same notes for patients. If a patient is usually treated by a doctor in, for example London and they are admitted to hospital in Manchester, the notes would be available using physical therapy software for the doctors to analyse and make decisions over which treatments to apply.

Creating The Next Big App

What Are iPad Screens Leeds?

The Benefits Of Homeschooling Online

At A Glance: ASP.net vs. PHP

Block websites on your computer