In order to stay ahead of the competition, Google knows that it must provide high quality search results reliably and quickly.  They must also provide search and other Google services using the most cost-effective methods available to help bring in the users that make their advertising model so effective. 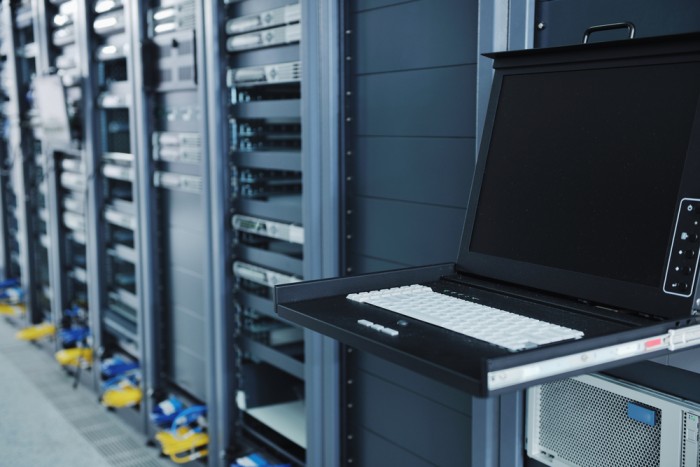 One of the most pressing problems for modern data centers is the rising cost of energy.  A data facility uses energy not only to run the server equipment but also for cooling and other purposes.

In order to create energy-efficient data centers, Google is investing in onsite and offsite renewable energy generation.  Data centers use photovoltaic panels, wind turbines and, in some instances, they even take advantage of hydroelectric generation located in remote regions.

The location of the data center can also make a huge difference in energy costs.  Since servers generate a lot of waste heat, it is more economical to locate in areas that have naturally cool climates.  Windy locations are good not only for generating renewable energy, but also for providing a natural form of industrial ventilation.

Getting the most out of all the servers and other equipment requires meticulous planning of the data center layout.  Everything from the server racks to the coaxial cable and uninterrupted power supply (UPS) units should follow an arrangement that maximizes space usage while also taking into account other factors like industrial ventilation and worker accessibility.

Google decided that to increase data center efficiency, each server should have one uninterrupted power supply battery.   With so many searches coming in every second, the world’s leading search engine cannot afford to have many servers down at one time.

While main backup generators are essential, there can be delays in switching from a primary to a secondary main power source.  In order to keep server uptime at a maximum, it is necessary to employ UPS devices.

While the traditional method utilized more centralized UPS backup, the Google setup is more efficient because it uses shorter connections from power source to server.  The longer the cable, the more power lost in transmission and Google claims its UPS system provides close to 100 percent efficiency.  In comparison, the traditional setup only offers 92-95 percent efficiency.

One of the most important engineering challenges of data center designers is to create an optimal solution for the problem of server cooling.

One brilliant Google approach was to provide a higher degree of cooling in the “cold aisle” where tech personnel worked on the servers.  However, the “hot aisle” where the servers vent their heat needed significantly less cooling and space.  The temperature in this area to the rear of the servers will go up to around 120 degrees.

The heat transfers to water held in coils that circulates to the outside of the data center to cool before the system pumps it back in for another cycle.   The company also came up with some great ideas on sourcing cooling water and for dissipating heat from the water.

•       In Finland, the Google data center uses seawater for cooling
•       In Belgium, the company recycles industrial waste water from canals
•       Many data centers have tall cooling towers that allow some of the water to evaporate and carry off heat

Using the industry standard system for data centers known as power usage effectiveness (PUE), Google scored a 1.2 rating, which is not too far from the highest possible 1.0 score.

Written by: Scott Power originally studied microprocessor design theory before installing phone lines and repairing faulty circuit boards for a couple of telco companies. His interest in electronics started at an early age when he used a screwdriver to open up a video game cartridge to see how it worked. These days Scott is a home electronics enthusiast who is never happier than when he has a soldering iron in one hand, terminal blocks in another and this month’s latest electronic project laid out in front of him, in pieces.

Save Your Business Money By Using Server Hosting

Hosting A Business Website – Be Wise While Choosing The Servers