Galaxy Note 4 just took its entry in the market and now fans started discussing about Samsung Galaxy Note 5 which would release next spring. There is no official announcement or confirmation from Samsung that they would launch Note 5 or not.

So all are waiting for the date of Samsung next releases. According to the internal leaks of the company it is going to release in the second half of 2015. The previous notes were announced in the first week of September at IFA Berlin, so there is likely a chance that new one will come then too. There is no hint of the price date but we can expect it to be eight hundred dollars. 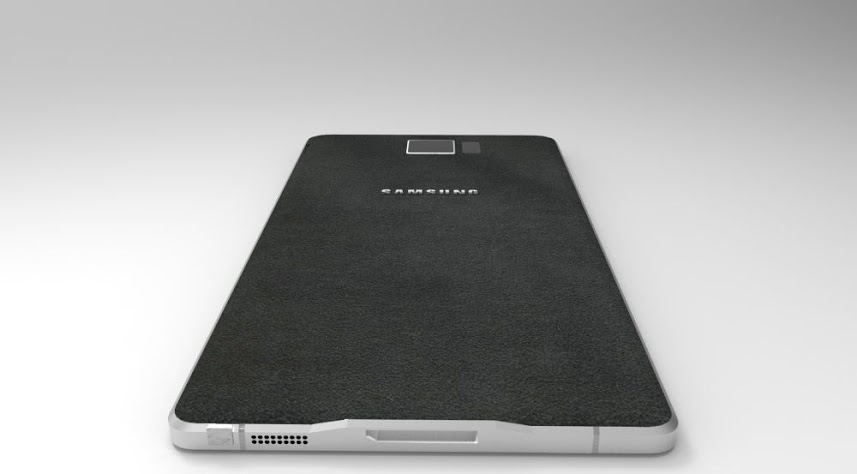 The original note was having 5.3 inch screen, second note showed up 5.5 inch, third pushed things little bit and had 5.7 inches. Going around this logic the phone might have 5.9-inch display, which would be the match for HTC one max and LG pro while failing to match Sony Xperia Ultra. Samsung has done quite well with AMOLED but according to the assumptions it might ditch the technology and use PLS LCD instead. Samsung is just considering thus, it is still hope that Note 5 might have AMOLED. There is another potential change, a curved screen but not in the galaxy round way. These are rumors from the patent, which the company filled last year, which shows a very nice device. These rumors are also getting steam as some of the sources describes that the phone might be having three-sided screen and will also allow the users to read notification from side on.

A new patent also shows that the device is having multi sided curved screen and it also looks like that the on screen buttons such as email, camera, back button, setting all are lined up on the one side  and easy access.

If this is the case than this is going to a huge change in the phablet flagship. As far as resolution, there is not much known but quad HD 2K display has started emerging today thus there would be no surprise if the phone is also having it as it appeared in Note 4.

Power of the Device

Apple was the only one company that is using 64-bit chip but Samsung has joined the party soon. According to the representatives of the company, they are actively working on advanced 64-bit chip. There are pretty fair chances of seeing it in Galaxy Note 5, it might have 4GB RAM, it also supports Adreno 43X GPU which means the note is going to have graphical processor and it could be the best in the mobile world. Simple speaking it is going to be a great performer and gaming lovers are going to love this feature.

3 Misconceptions About the Retired Lifestyle

The Profound Beauty Of Visual Arts

On Becoming an Artist: A Guide on How to Become an Artist for the Curious College Student