A 90th birthday is quite a landmark for anyone, but when it is Her Majesty the Queen marking the occasion, then you can be sure that there will be plenty of scope for celebration.

Her Majesty’s birthday will undoubtedly be the highlight of the year for many Brits and tour operators are expecting to see an increase in demand for London’s top visitor attractions. But what is happening and when? Read on to find out more. 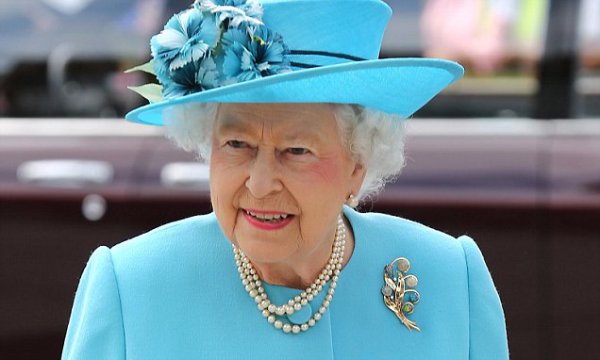 April 21st is the Queen’s 90th birthday, but the chance to see Her Majesty comes a day early when she will be visiting the Royal Mail’s delivery office in Windsor to acknowledge the postal service’s 500th anniversary. She will also be attending Windsor’s Alexandra Gardens, where she’ll be opening a new bandstand on the same day.

On the 21st, Her Majesty will be unveiling a plaque to mark the starting point of a walk that covers four miles around Windsor and connects a total of 63 interesting locations throughout the town. Fittingly named the Queens Walkway, the 63 points mark off each year that she has spent on the throne as Britain’s longest-reigning monarch. Once the unveiling has been made, the Queen will then meet her public.

The evening of the 21st sees Her Majesty light what will be the first of 1,000 special beacons in honour of her birthday. These beacons will be lit across the world to mark the occasion and she will then be joined by other members of the Royal Family for a private event at Windsor Castle.

The 22nd is reserved for a visit by President Barack Obama who will attend a private lunch at Windsor Castle.

Every one of the 25,000 tickets to the event sold out quickly after the dates were announced. However, there is an opportunity to be part of the festivities by putting your name into a special ballot that will provide 5,000 lucky people with the opportunity to see the proceedings on big screens close to Windsor Castle. To find out more about how you can enter the ballot click here.

The final leg of celebrations begins on June 10th when the Queen will attend a Service of Thanksgiving at St Paul’s Cathedral. While the congregation will be made up solely of specially invited guests, the whole service will be televised. June 10th is also the Duke of Edinburgh’s 95th birthday, but the Duke has specifically requested that no public celebrations be held for him on the day.

June 11th is Trooping the Colour, which is widely regarded as the official yearly celebration of Her Majesty’s birthday. As ever, the event is to be held on Horse Guards Parade in central London. Television coverage will begin on the BBC at 10am.

The last official day of celebrations will be June 12th which will see The Mall in the heart of London transformed into one long street party. An astonishing 10,000 guests are expected to take part in what is sure to be a fitting climax to a birthday year to remember.

Laura Reeve is the Marketing Executive at Avanti Travel Insurance, who specialise in travel insurance for those with pre-existing medical conditions, and are one of very few that have no upper age limit on their policies.

In The Shadow Of Golden Gate. What To Do In San Francisco

You Didn’t Know These Awesome Facts About Fruits