Each year, we would celebrate our wedding anniversary and this a good opportunity to watch best movies in the industry. Here are films that you should watch with your spouse.

Pretty Woman is a famous romantic comedy film, starring Richard Gere and Julia Roberts. It is about a rich businessman who meets a hooker from Hollywood. The businessman wants a glamorous escort for multiple business and social engagements. When the couple are together for one week, eventually their relationship starts to change to a much intimate one. It is a film with happy ending that seems to please many people.

It’s another romantic comedy film, starring Nicholas Cage and Cher. Cher is an accountant who is engaged to an individual with a rather manipulative mother. Her engagement eventually breaks. It is an interesting peek into the live of an Italian family and a must-see film for wedding anniversary. 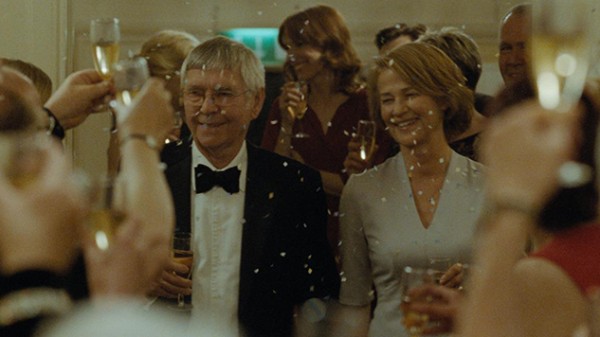 It is an interesting romantic flick with some little miracles and coincidences. Kate Beckinsale and John Cusack meet in New York during a busy Christmas shopping season. They have intense mutual attraction and after a few dramatic twists, they’re finally reunited seven years later.

Ghost is a classic romantic film, starring Demi Moore and the late, Patrick Swayze. It is a supernatural romantic drama, which was rather unusual when the film was released. The deceased Patrick becomes a lingering ghost who watches over Moore to help her expose the people behind his unexpected death.

A Walk in the Clouds

The film is about a returning WW2 veteran, starring Keanu Reeves. On a bus, he meets a Mexican American girl, who is pregnant and unmarried. Reeves helps her by posing as the husband in front of her rather conservative family. Eventually, they are attracted to one another, but Reeves still needs to settle matters with his own family.

Pearl Harbour is riveting romantic film with superb war scenes that bring both romantic drama and war movies viewers together in the theatres. It has the usual turns and twists, with a rather bitter sweet ending.

It is a romantic film, starring Meg Ryan and Tom Hanks. Tom Hank’s son wants his father to find a companion by talking to a radio show. After a bit of hits and misses, Hanks and Ryan are reunited on the Empire State Building. It has plenty of similarities with An Affair to Remember.

It is another romantic film with Meg Ryan as the leading character, but Billy Crystal is the leading male actor this time. Harry and Sally are good friends who have known one another for years. They try to avoid more intimate contacts, thinking that it will spoil their perfect relationship. However, inevitably an event changes things forever.

High-end Modifications Introduced In The Arena Of NHL 17

Unite Your Team With Cheerleading Jacket

Does Horse Racing In Sports Betting Still Hold The Same Appeal As It Before?

Popularity Of Sport Betting In Thailand