Depending on the type of aircraft that you fly, FAA’s rules for getting the pilot’s license may differ. Licenses for flying in the United States can be of different types Student Pilot license, Recreational Pilot license, Private Pilot license and commercial pilot license. Like all other profession, a pilot also needs to undergo a proper training in an educational institute and get the degree certificate before applying to the major airlines in the United States. Usually the commercial pilots are trained as private pilots that allow them to learn the basics of flying before moving ahead into more complex planes and situations.

Richard Bucklew is an eminent airline captain, at present serving in one of the world’s major airlines, piloting Airbus A319s and A320s and awaiting for a school date to upgrade to the greater Boeing 777s. Previously, he has been the captain of a commercial aircraft with final authority over the safe and effectual operation of the aircraft. Other designations he held include as a first officer and a captain for numerous categories of aircraft and had also flown as a private pilot. 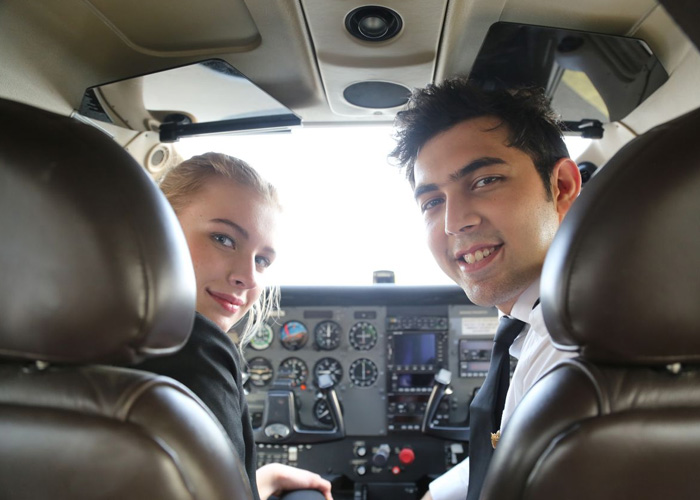 In addition, he has also worked as a flight engineer on Boeing DC-10s and 727s and has worked as an instructor in aircraft flight schools. Before getting the degree in aviation from Central Missouri University in 1980, he had been a pre-medical student and has been a part of a maritime reserve unit and before that a member of the Marine Corps. Mr. Bucklew is an associate of the Airline Pilots Association and has been an active participant in Pilots for Kids. For the Alpine Rescue Team in Evergreen, Colorado, he has also worked as a volunteer and has been featured two times in the television series “Rescue 911”.

Richard Bucklew says that by becoming a certified commercial pilot one can enjoy lots of benefits and can fly aircrafts that carries both passengers and cargo. A commercial pilot can also work in other industries and have responsibilities like observing traffic and taking part in rescue operations. However, a commercial pilot must get a certificate by meeting rudimentary standards, getting experience and clearing all compulsory tests for instance, the Federal Aviation Administration (FAA) practical test which is managed by a registered official. In this examination, the examinee needs to perform a range of operational jobs, prove their skill to meet industry principles and display expertise in flying. In addition a written exam is also conducted so that they can exhibit their understanding of safety, regulations, and navigation.

As per the FAA rules, to fly a commercial airliner one must get the Airline Transport Pilot Certificate (ATP). A commercial pilot license with more than 1500 hours of experience is required to get the Airline Transport Pilot Certificate. Richard Bucklew has had a long career in aviation industry and also been awarded with the prestigious Lifetime Achievement Award by none other than Mr. Barack Obama, the president of the United States for his outstanding service in the aviation sector and also for his voluntary services.

Essential Features That Commercial Coffee Machines Must Have

What Made William Lauder A Distinct Business Man?

Buy Health and Safety Signs For Business In The UK