Lying is a bad thing as most people already know. Telling those lies on your resume can be quite dangerous while trying to impress the interviewers. Nevertheless, statistics from a study conducted by Global-Lingo.com conforms that nearly 60 percent of job seekers lie on their resume. So, do celebrities ever lie on their resume? Here’s what we found out.

Remember the uptight character of Lydia from Breaking Bad? Laura admitted that she told the producers of the show that she could speak German. The Scottish actress told a reporter that she had told the team about learning to speak German in school but it took her days for learning a single paragraph.

This actress lied about her singing capabilities and also told the hiring team that she could do some amount of martial arts for getting a part in Aladdin in 2004. The lie did not go well as she was asked to sing along with Sir Ian McKellen at the stage during auditions and she was later told that her singing skills were “rubbish”. She admitted about singing “like a strangled cat” and also said that she lies in every audition that she does.

The actor famous for playing the lead role in Twilight movies as Edward told a few lies too for getting work in the initial days. He had been unemployed for quite a long time before coming to Los Angeles and when the directors asked him about what he was doing in the past, he lied about being at Rada. According to him, his English accent helped him with his lies, he also admitted to lying for years about going to Oxford. 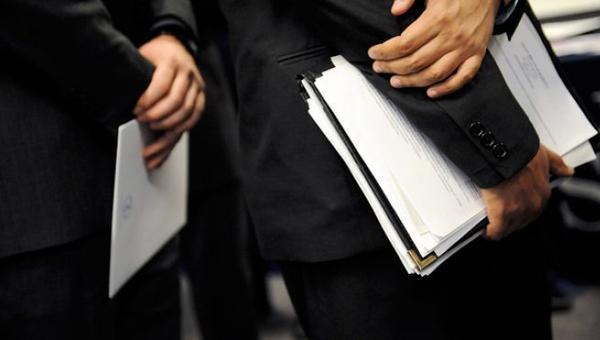 The English author and former Member of Parliament has had been in various difficult positions over his career. His CV claimed about him having A-Levels in history, geography and English along with an Oxford degree but the reality is that he only received a Diploma in Education through the Oxford Department of Education.

Hollywood celebrities are often found fibbing when it comes to telling their age and Mila Kunis is certainly one of them. She admitted on US television that she lied about her age for getting her role in That ’70s Show. She said that while she was only 14 years of age legally, she told that she was 18 years old. According to her she told them that she was going to be 18 which is not technically a lie as she was going to attain that age at a certain point.

This actor pretended that he was able to ride a horse during his audition for the miniseries Elizabeth I which was released in 2005 and found out the hard way about the disadvantages of lying. When director Tom Hooped asked him if he had ever rode a horse, he told him yes. Recollecting the incident it led to, he tells that two weeks later in Lithuania, he was required to ride a horse on a huge street.

There were about 50 extras with rain machines, spurs and different arrangements as he thought about confessing that he had never ridden a horse. As the horse galloped off he nearly killed people while the director came out and yelled on his megaphone: “You’re a f***ing liar!”.

Advantages Of An Office Fit Out