Greece is one of most popular ancient lands and not many countries can match its long and glorious history, before finally being overshadowed by the Roman Empire. The best time to visit Greece is right after the local Labor Day in early September. At the time, the summer vacation has ended and crowds are significantly diminished, making popular destinations feel less touristy. The weather is milder, slightly cooler than on the peak of summer, but not too wet. April to June and September to early November is considered as the low season. Consequently, we can get lower prices and crowds are much smaller. 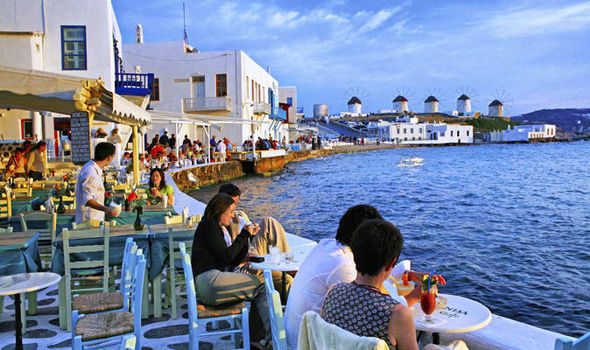 Greece is both a continental and archipelagic country. When attempting to visit various areas of the country, we could go to Athens and find a connecting flight. Another way is to use ferry trips that connect larger islands in the Aegean Sea. Hellenic Seaways is the most popular ferry company and we could book a ticket in its official website. There are many excellent hotels in Greece and we could choose those that are well-situated in slopes, overlooking the coastal areas. The country is also known for its notable restaurants and Greece has many wonderful dishes, including seafood.

There are many sights and things to do in Greece. In Mykonos, we could enjoy its wonderful beach and join various clubs. In fact, we could catch occasional visiting celebrities in some of the quieter beach in Mykonos. There are also windmills in Mykonos and they should be wonderful for quick sights and picture taking. Delos island is located nearby and we can catch a ferry. Santorini is known for its sailing activities and we may enjoy a semi private cruise. During a low season, we may actually get a huge discount. The area is also known for its tasty meals, such as Greek-style barbeque with seafood and fresh meat. There are also Greek breads, salads and various dips.

Fira in Santorini is known for its cable car ride that provides a breathtaking view. Travellers could float about 300 meters above the edge of the volcano to see the extraordinary view of rock formations and solidified lava flows. Kamari is unique for its black pebble beach and the local wineries are popular for their white wine. Athens is the most popular city in Greece and it is essentially an ancient settlement. There are many ruins inside and around Athens. It is preferable to hire private tour guide. The most famous destination in the area is Acropolis or Parthenon, with the entry fee of 12 Euro. Other than the Parthenon, we could also visit the ancient Greek Agora, Toman and Zeus Temple.

For only 3 Euro, we could visit the stadium for the first modern Olympic. At specified time of the day, we could watch the change of the President’s Guards for free. Other free attractions are the Lycabetus hill and the old town, Plaka. Two popular museums in Athens are the National Archaeological Museum and the New Akropolis Museum.

Why Book Your Travel Online?

Thekkady – Sheltering The Wildlife Of The Beautiful State Of Kerala