Considering the fact that you’re a true video game lover, FPS is one of the best genres out there to goggle up most of the gamer’s favorites. But, those people who are clearly in love with the sports based games can be in love with this post for today too. Because, we’re going to enlist the top 5 sports video games of 2013. It doesn’t matter whether it’s for XBOX, PS3 or PC. The games are available for all platforms and they involve lot of consumers by being the top most sports games ever. 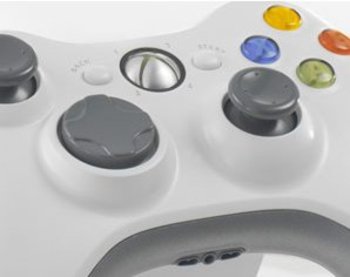 There’re almost no people on the world who are not familiar with the Fifa game for soccer. This game is one of the oldest games of football and one of the exciting games ever. That’s why it got the best sports games award for last four years. In each year, new features are available with upgraded players and realistic gameplay along with the best positive graphics.

Created by Konami, Pro Evolution Soccer is the best rival of Fifa. Although, the gameplay is more realistic than Fifa, PES lacks in certain features. PES is much more enriched in AI, career gameplay, visuals which make it better in some factors. Those who have been playing soccer for a long period of time, consider buying PES rather than Fifa as the PES is more realistic.

Basketball is the dream of many people out there and when it comes to playing it in a computer or in a console, then nothing can beat NBA 2k. The latest version is released in 2013 and we can say that this game sure can blow your mind. You’ll be thrilled by the amazing features and visuals it’s offering. The best thing about this game is its audio section. The commentary is almost realistic as if Kevin Harlan, Doris Burke are watching your match and providing the real time commentary.

Although, the publisher was going through serious financial crisis, it came out of the closet and within the hands of EA Sports, UFC Undisputed 3 got lot of attention. You’ll get the very best boxing experience into the virtual world and you can be the hero of this game. This game has a lot of features and innumerable players to choose from. You can create your own customized player and keep up with the game. The realistic gameplay, thrilling music and sounds and 3D visuals make this game incomparable to other wrestling or boxing games.

Although, the last year’s Madden NFL game provided lots of negative votes but this year things have turned around and the Superstar Career Mode has come back to its original place. New enhancements in graphics and gameplay have been made amazingly. You’ll love the multiplayer option in this gaming. You can also invite your friends to join your network and play with you.

So, that’s it. We hope you love our top games although we’ve missed Tiger Woods PGA Tour, Trial Evolution and others due to their low ratings.

How Has Modern Software Engineering Changed In The Past Decade?

Why I Chose Contus Trim and Tone Over All The Other Apps?